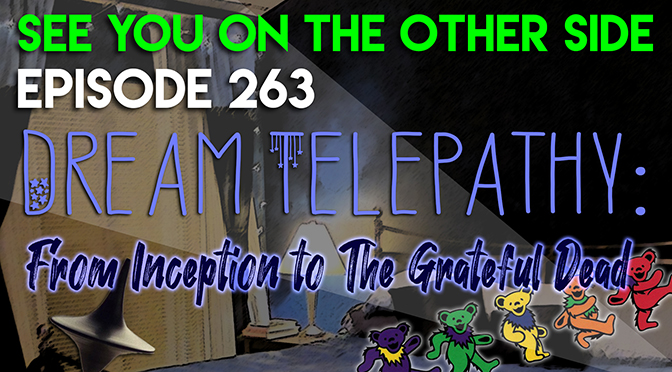 We live as we dream – alone…

We’ve talked about dream interpretation before (Episode 129 and Episode 53 in particular are a good place to start) and we’ve discussed the idea of dreams as parallel universes. Of course, we’ve talked about the Succubi and the demons of our nightmares as well. And trying to control your dreams through lucidity was our second episode! Dreaming is the the ultimate looking inward, it’s us actually living inside our own thoughts.

For millennia, humans have considered the dreamstate to be something mystical. After all, it’s a place where anything can happen. Dead loved ones can appear to you, friends can return, you can imagine what life would be like if you had made a different choice, and it all feels real. The thing about dreams is that it feels just as real as regular waking life.

You might not meditate, drop acid, or take magic mushrooms, but you experience an altered state of consciousness every night. When you fall asleep, you dream. Even if you don’t remember your dreams, you still dream when you enter REM (Rapid Eye Movement) sleep.

And if we believe that paranormal experiences happen to us in an altered state of consciousnesss, when are they most likely to happen except for the altered state that we naturally go into every single night?

What if we don’t have to be alone while we dream? What if someone can communicate with us, or even join us?

Inception was the latest movie to use this idea, but of course, we’re also big fans of Dreamscape (one of our friends even worked in the art department for that Dennis Quaid classic!) So, when it comes to dream telepathy, we’re trying to find out what is real and what isn’t, what scientists have proven and what they haven’t.

In this episode, we’ll talk about the most famous dream research, from Sigmund Freud (he’s the man who really introduced dream interpretation into the modern era with his “talking cure”) to Dr. Stanley Krippner, who did dream ESP research for decades, to the latest studies that prove there’s actually something significant (even if it’s only statistically right now) more to our dreams than just a “undigested bit of beef, a blot of mustard, a crumb of cheese, or a fragment of underdone potato”! Here’s what we cover:

For the song this week, we picked a track off our first album where “dreams”, whether they be of the “wake up in a cold sweat” kind, or of the daydreaming your future kind, can have a huge impact on your life. They can paralyze you as well as energize you. Because no matter where the dreams are coming from, you have to pay attention to them, so you don’t get stuck!

Woke up this morning paralyzed by a dream,
Stared at my ceiling for an hour,
Prayed a little, thought a little, then got outta bed.
Then I went to work at nothing for what seemed like forever.

The days turn to hours,
the minutes race past.
Dreams have this way with me, moving too fast.
We danced until dawn under endless sky,
but when I woke up, it had passed me by.

This room looks so old and worn and beat,
I stared out my window for an hour.
When you have too much ambition than it’s worse than none at all,
when you’re waiting for a sign that will never come.

The days turn to hours,
the minutes race past.
Dreams have this way with of outreaching my grasp.
We danced until dawn under endless sky,
but when I woke up, it had passed me by. 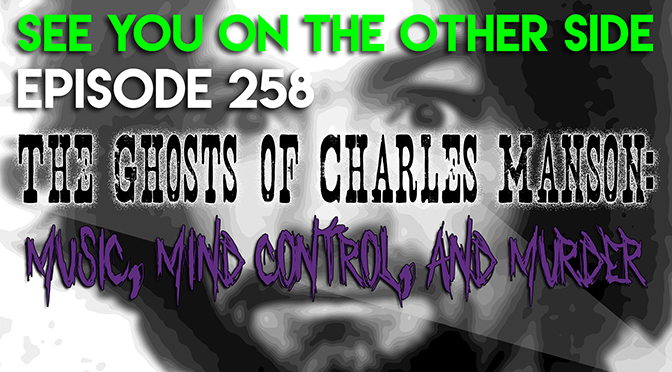 Years after his demise in a California prison, Charles Manson is back in the news. First of all, the crimes of his “Family” provide the backdrop to the latest Quentin Tarantino film, Once Upon A Time… In Hollywood and second, 2019 is the 50th anniversary of the murders, providing a grim reminder to the world of one of the twentieth century’s most brutal, infamous, and ultimately pointless killing sprees.

While the title of Tarantino’s film is yet another homage to the Sergio Leone Spaghetti Western aesthetic that he aped in Django Unchained and The Hateful Eight, it’s also fitting. His movie is about the end of an era for an actor, who enjoyed fame and popularity in the 60s but whose star was fading, just as Leone’s Spaghetti Westerns at the end of the decade reinvented a genre to give us violent anti-heroes and a more complicated morality of the American West than was shown in the earlier white hat versus black hat Lone Ranger-style films.

And that’s the symbolism of the murders committed by the Manson Family. The ’60s were such a cultural milestone because of the 60 million people born in the Baby Boom after World War II. It’s the biggest generation in American history and it’s the first generation to come to prominence with the United States being a political and economic superpower. The culture war was at its peak. It was the hippies vs. the squares, fighting the repressive sexual Puritanism of their parents, fighting against the war in Vietnam that seemed like a useless waste of life, fighting the racism and segregation laws that kept communities apart based on the color of their skin, fighting the corporate excesses and dehumanization of unbridled capitalism, etc…

Charles Manson ran a free love psychedelic cult and worked with the Beach Boys, he had long hair and a beard, spoke in poetic peacenik vocabulary, played folk songs on guitar, and claimed religious and apocalyptic revelation. He represented everything that ever terrified the parents of the Baby Boomers. He prostituted out the girls of his Family for access to Hollywood elite, he did massive amounts of drugs, and he was an ex-convict. He was the über-hippie and knowing that he engineered such carnage and waste of lives seemed to vindicate exactly what they believed about the movement. Americans celebrated a unique human and distinctly American achievement a few weeks earlier with the moon landing, now we mourned the violent ends that years of debauchery, drugs, and fornication had lead to. New Year’s Eve wasn’t for another four months, but Sharon Tate’s murder was the real end of the 60s. Charles Manson was proof that everything your square parents or local sheriff told you about hippies was right.

The thing about Charles Manson is that we picture him as the crazy guy with the swastika on his forehead from all the jailhouse interviews he has done since being convicted. We don’t hear the honey-voiced singer playing songs about peace, love, and “submission” on his acoustic guitar around a California campfire for impressionable young women, made even more suggestible through their rampant psychedelic drug use. He sounds terrifying and volatile, not anything like the person who dropped to his knees and kissed Dennis Wilson from The Beach Boys’ feet the first time they had met and said, “Do you think I would ever hurt you, brother?”

That’s the Charles Manson who could draw people to him, that’s the “Charlie” who could convince people that he was a manifestation of Jesus Christ. After all, it was Jesus who famously washed his disciples’ feet in his most famous act of humility. And that’s the Charlie who killed nine people while never pulling a trigger or wielding a knife himself. Not a madman, but a charismatic leader of 100 souls, who could hob nob with music industry elite like the Mamas and the Papas and Neil Young or at Hollywood parties with Michael Caine, who all describe meeting him and his family members.

Here’s an important quote from former Manson Family member, Catherine Share, who didn’t engage in the murders, but did try to intimidate witnesses during Manson’s trial and eventually served five years in prison for Armed Robbery:

Never let anybody else do your thinking for you. Get your self-worth from God and from inside. If someone tells you to do everything they say and claims to have all the answers, and you find yourself nodding a lot, then you’re probably in a cult, whether it has a church’s name or is the Manson Family.

And of course, in a truly modern twist, Ghost Adventures’ star Zak Bagans decided to purchase one of the Manson crime scenes, the LaBianca house where a couple was killed by Family members the night after the Sharon Tate/Cielo Drive murders. He was already interested in Charles Manson, because he featured several “artifacts” like Manson’s hospital gown he died in, the TV he had in prison, and bone fragments from his ashes in his Haunted Museum in Las Vegas. Bagans purchased the house for 1.8 million dollars and hasn’t yet expressed what he’s going to do with it, but announcing the purchase the same week as the Tarantino movie and just weeks before the 50th anniversary means that he timed the purchase for maximum public relations effect.

Now Zak believes these places affected by the Manson Family are haunted and we bring Scott Markus from WhatsYourGhostStory.com and formerly the guide of Los Angeles Hauntings Ghost Tours to discuss the ghost stories surrounding the Spahn Movie Ranch, the Sharon Tate and Roman Polanski house at Cielo Drive (since torn down), and the LaBianca house that Bagans just purchased. Scott has investigated these areas himself and delivers his own impressions of the site in this episode. We talked with Scott about the strange premonitions that Sharon Tate herself received before her murder in Episode 230 and you can check that out right here.

One of the things that is often overlooked in people’s examinations of Manson is his music. Musicians were such a dominant force in the culture in the 1960s, they were considered heroes and truth tellers and that’s really where we get the idea of the “Rock Star” from. They weren’t just celebrities and artists, they were deified and their fanbase was maniacal. Manson used music to entice his followers. The subtle properties of subliminal influence in the guise of “peace and love” in his songs is insidious. We talk about that before we play our own version of the song that Manson sold to the Beach Boys, “Cease to Exist.” They recorded it as “Never Learn Not to Love You” and Manson was so incensed that they changed some of his words, he left a bullet in Dennis Wilson’s bed, so we didn’t mess with it too much!