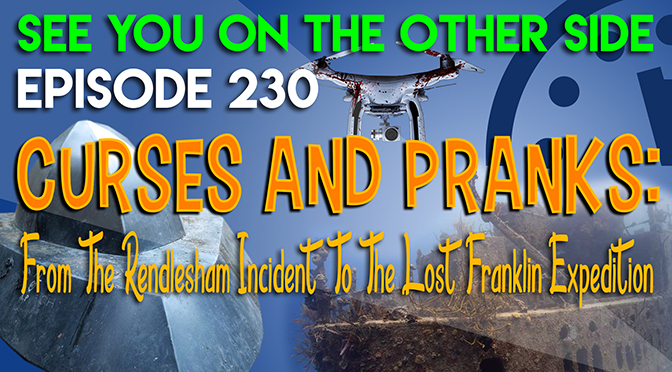 We’re back for another round of paranormal discussion this week as we focus on our favorite new stories in the past week. Once again, Wendy and I are joined by Scott Markus from WhatsYourGhostStory.com and Tea Krulos, Milwaukee ghost tour guide as well as the author of books like Heroes In The Night, Monster Hunters, and the upcoming Apocalypse Any Day Now.

This last week I couldn’t stop thinking about “The Franklin Curse”, which was in the Canadian news right before the New Year. If you haven’t heard of Franklin’s Lost Expedition, it was a British expedition to find the Northwest Passage (a trade route through the Arctic where Europeans could sail to Asia without having to go under South America because the Panama Canal wasn’t built yet) launched in 1845. There were two ships, HMS Erebus and HMS Terror and they were both fitted with state of the art technology. It was supposed to be an easy mission beaus there were less than 300-some miles of Arctic coast to chart. But they disappeared and several expeditions were sent out to find what happened. There was even a bounty of Twenty Thousand Pounds (worth a hundred thousand US dollars at the time) to find them. The local Inuit people had contact with the explorers and said that the crew had resorted to cannibalism by the end, but the ships and most of the bodies were never found.

In 2007, Dan Simmons wrote a fictionalized version of the events called The Terror and AMC released a TV version of it in 2018. Interestingly enough, HMS Erebus was discovered in 2014 by accident and HMS Terror was found in 2016. The local Nunavut people who live near the shipwrecks on King William Island have long felt that the island has had spirits or “invisible people” and that the disturbing of the wrecks has disturbed those spirits. Some of the locals have blamed six deaths that happened during a two-week period in August in their small community of Gjoa Haven on the curse of the Franklin. Earlier this year, Inuit elders went to the site of the wreckage to bless it, in hopes the spirits would be appeased.

Wendy was excited to share the latest news of the Rendlesham Forest Incident, often called Britain’s Roswell. We were first introduced to this story at the Paradigm Symposium by the brilliant Peter Robbins who wrote the book Left At East Gate with the now-controversial Larry Warren. But in the original incident, several US servicemen had seen strange lights in the sky descending towards the Rendlesham Forest over a period of nights in 1980. When they went to go explore the area they saw the lights land, they found burn marks on nearby trees and indentations in the ground in a triangular pattern, they even called the police about it.

Since then, the incident has been hotly debated, and Peter Robbins’ book goes into detail about missing time, underground bases, and government conspiracies. But just a week ago, researcher Dr. David Clarke had claimed that he was told the incident was just a prank played by British SAS commandos on their American counterparts. That’s backed up a little by a story from our friend C.E. Martin’s book, Stranger Than Fiction, where he recalls meeting a serviceman who was stationed at the air force base and talked about an area of the forest where electrical stuff didn’t work and cars didn’t start, they used to take people out there and prank them. So, that culture did exist on the base at the time! Is Clarke’s story true? Well, that’s another one we’ll be debating for a long time. We discuss Bobby Mackey’s Music World in this segment as well and here’s a link to our episode with their official paranormal investigation team. 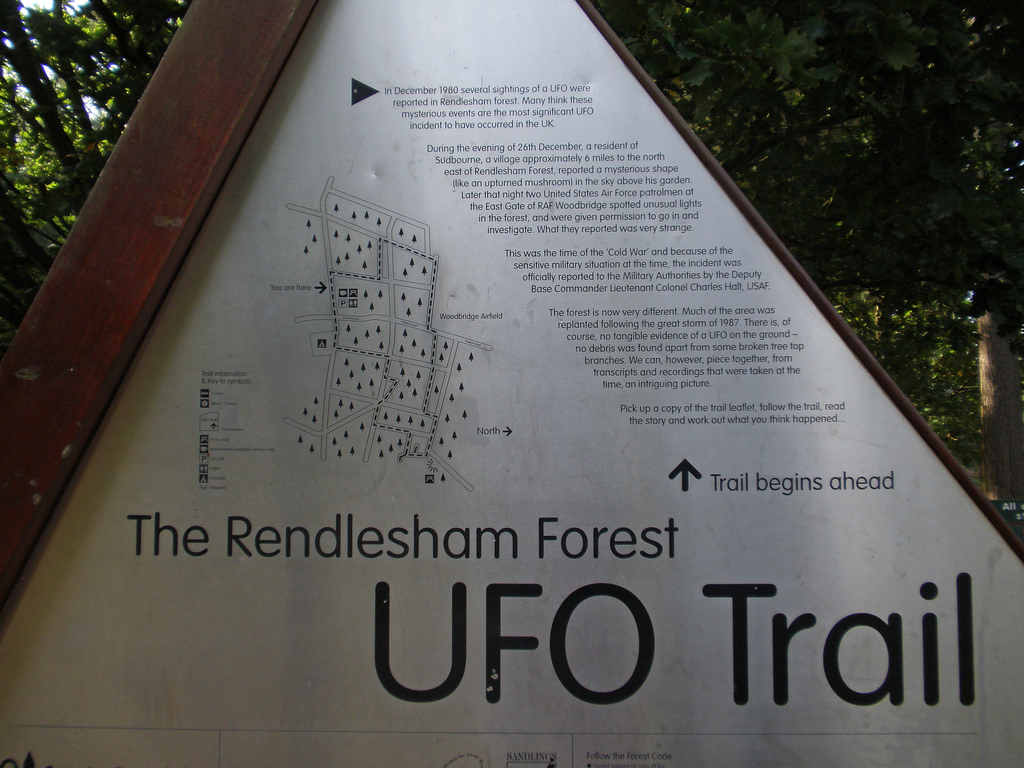 Tea talks to us about a New Year’s ritual he started doing last year and that’s watching the live unveiling of the Doomsday Clock. The Doomsday Clock was created in 1947 by the Bulletin of Atomic Scientists to warn humanity about how close we are to destroying the planet through our own technology and hubris. While the danger used to be mostly nuclear war, they’ve included things like climate change in their determination. The closest it’s ever been is Two Minutes To Midnight, first in 1953 after the US and the Soviets both tested thermonuclear weapons for the first time and then again in 2018 mainly because they were shocked by the rhetoric of President Trump toward North Korea and what they consider to be an insufficient response to the temperatures changing throughout the world. Will 2019 bring us closer or further away from manmade destruction? Tea will let us know when it happens. And hey, here’s to hopinh we don’t blow ourselves up! Also, don’t forget that Iron Maiden wrote one of their best songs about The Doomsday Clock as well!

Also, Tea mentions that Josh Gates is going to be in Milwaukee at the end of January and he’s going (along with our frequent co-host Allison Jornlin from MilwaukeeGhosts.com) and hoping they can convince Josh Gates to finish looking for one of the prizes from the 1980s treasure hunt book, The Secret. That’s a puzzle book combining 12 short verses and 12 fantasy paintings. You would take the painting with a verse and try to determing the clues that would lead you to one of twelve boxes buried in various parks around North America. Each box contained a key that could be redeemed for a jewel worth $1,000. The author died in a car crash in 2005 and only 2 of the boxes have been found. So Josh Gates did a whole Expedition Unknown on the online braintrust that has been working on it for several years. Image 10 contains a clue that’s supposed to lead people to a park by Mliwaukee’s City Hall and Gates almost started digging there, but gave up because of the weather while they were recording the show. Tea is going to grab him and make him finish the job! 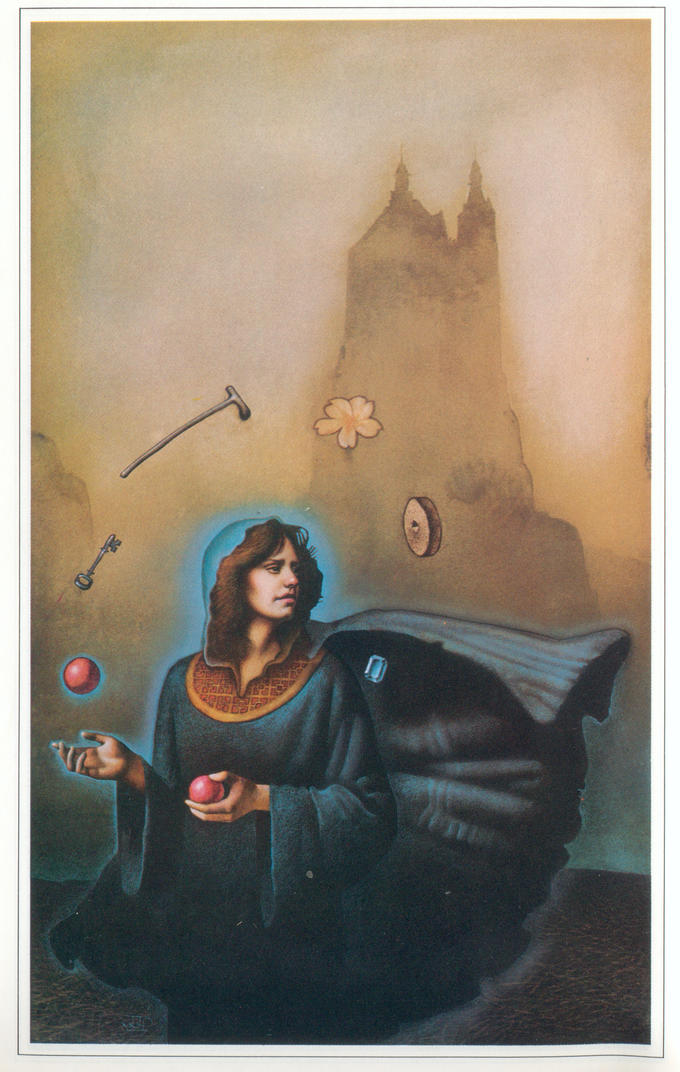 Finally, Scott talks about some new horror movie news that are based on real-life strangeness. One is the trailer for Followed which is about a YouTuber (they caller her a vlogger, but that word is kinda unwieldy) who decides to stay in a hotel. It’s probably based on the sad story of Elisha Lam, a young woman from Vancouver who was visiting Los Angeles and was seen acting strangely on security camera footage from the Cecil Hotel (former home of Richard Ramirez, the Night Stalker). Two weeks later, they found her body in the water tank on the roof and still have no idea how she got there.

He also talks a little bit about the new trailer for The Haunting of Sharon Tate starring Hilary Duff. This new film beats Quentin Tarantino’s Charles Manson film Once Upon A Time In Hollywood out by a few months, but it’s also going to focus more on the strange premonition of death that murder victim Sharon Tate had a couple years before her and her friends were attacked by the Manson Family in a crime that would be immortalized for its strangeness and brutality.

One of the things that we talked about this week was the culture war between believers and skeptics, between the political Left and the political Right, between hardcore atheists and fundamentalists. This conflict has seemed to progress from just disagreeing about dogma and particular points of belief to “cancel culture”, the idea that if someone believes something you find offensive or has done something you don’t like, you want to take away their means of making a living.

It’s a scorched earth total war tactic that has become more and more popular in the world of social media (particularly in a space where hot takes are welcomed, like Twitter.) It’s no longer enough to “agree to disagree”, the other side is to be shunned and disrespected. There is no room for debate or discussion, you’re either with us or against us. We see this in the paranormal world all the time between the various factions of ghost hunters, UFOlogists, etc… And I guess, I don’t feel that’s very conducive to finding the truth, because things aren’t usually as absolute or black and white as we’d like them to be. Anyway, that’s the idea behind this week’s Sunspot song, “Us Vs. Them”

It’s total war and
you gotta make a stand
you plant your flag and fight, down to the last man.

no we don’t make no deals
we don’t cross the line
we made our choice, we picked our side , and now we’re ride or die.

2 thoughts on “230 – Curses And Pranks: From The Rendlesham Incident To The Lost Franklin Expedition”