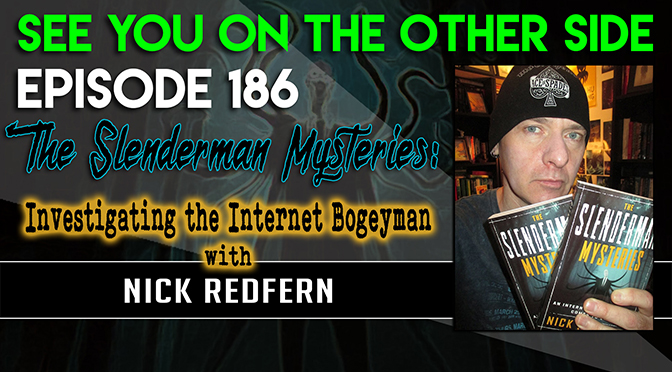 In May of 2014, a vicious crime shocked Wisconsin and made headlines across the United States. Two junior high school girls attempted to stab their friend in a sacrifice to an Internet horror story known as “The Slenderman”. While the victim thankfully survived, it left the world wondering, why would these girls commit such a horrible crime and what is The Slenderman?

Created as part of a challenge on an Internet forum to create a scary paranormal character, artist Eric Knudsen Photoshopped a tall faceless figure with tentacles on his back around some kids and featured some creepy text. It was a scary pic and the popularity of the character exploded over time as people added the Slenderman  to more and more images and created short text stories that people could copy and paste on Internet forums. The common slang for “copy and paste” is “copypasta” and people adapted that term for horror stories and called it “creepypasta”, which was extremely popular with young teens (who love horror stories, I know I did!)

Unfortunately, young people can become obsessed with stories, especially dark ones, and that can lead some to horrific behavior like we saw in Waukesha. But beyond that, people are starting to have actual “Slenderman sightings” in the real world. Are people’s obsessions creating tulpas, and giving form to a fictional Internet Bogeyman?

As a prolific author of books and articles, Nick Redfern is always on the forefront of the paranormal community. We’ve had him on the podcast before and we’ve been dying to bring him back. This time he’s released a new book, The Slenderman Mysteries, and Allison and I get all the details.

Full disclosure, Allison and I are both featured in the book. As lifelong Wisconsinites, whenever something unusual happens here that has a relationship with the paranormal, we try to check it out thoroughly. I had my own experience near Waukesha, Allison discovered a strange coincidence,  and indeed Wendy Lynn is tour guide for Waukesha Ghost Walks, so we all have a stake in what happens and how it’s represented. 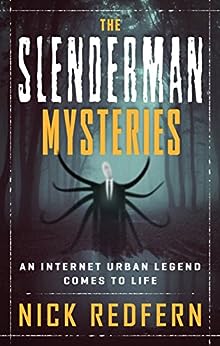 It’s a lively and informative conversation and some of the things that Nick uncovered in this book are fascinating and terrifying. He is extremely respectful of the tragedy while exploring all the avenues and we reflect that in this discussion.

Also, since Nick is a massive Ramones fan, we had to do a Ramones tribute for this episode. It’s Sunspot inspired by the Ramones with a song about “The Slenderman”.

9 foot tall in a suit and tie
Oh Oh Oh the Slender-man
He came from the woods to terrify
Oh oh oh the Slenderman
He’ll crawl inside your headspace
It looks like he erased his face.

From the basement of the Internet
and made out of belief
are we peeking through the Gates of Hell
when we close our eyes to dream?
They thought that he was fiction
But he’s creeping into fact
and when you feel long arms around you
you best dare not turn your back.

From the basement of the Internet
and made out of belief
are we peeking through the Gates of Hell
when we close our eyes to dream?
They thought that he was fiction
But he’s creeping into fact
and when you feel long arms around you
you best dare not turn your back.

2 thoughts on “186 – The Slenderman Mysteries: Investigating the Internet Bogeyman with Nick Redfern”