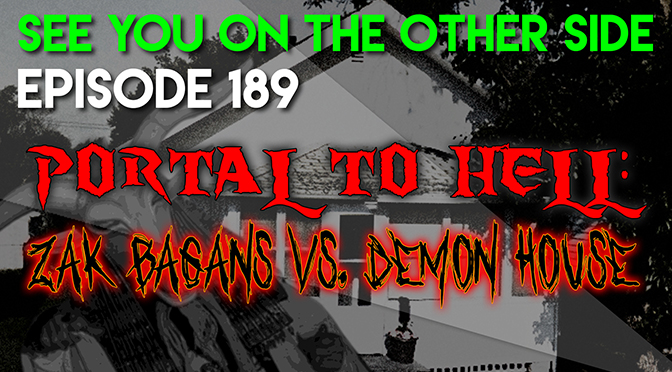 The story of the demonic possession of three children in Gary, Indiana in 2011 is one of the most compelling paranormal stories of the Twenty-First Century. What started off with a black fly infestation starts manifesting itself in strange behavior from the children, from dangerous imaginary friends to threats and strange voices. A local clairvoyant claims that there’s up to 200 demons who are active in the house.

Unlike most supernatural tales where the police don’t quite believe in it or the doctors immediately find some other explanation, the story of LaToya Ammons’ children is backed by the authorities. A worker from Child Protective Services sees one of the children climb the wall and launch over his grandmother, the local police captain believes his squad car is acting strangely, a local priest feels threatened and that the demons not only got into his computer but endangered him on a bike ride.

It becomes a major story in the age of Internet tabloids and there’s no surprise that a paranormal reality show celebrity would get involved. In 2014, Zak Bagans from Ghost Adventures purchases the home in order to make a documentary there. And four years later, we have Demon House.

Of course we had to check the movie out opening weekend! We had met the priest involved in the case at the nearby Chicago Paranormal Convention in 2015 and Darkness Dave Schrader from Beyond The Darkness podcast was freaked out enough that he wouldn’t even tell me the demon’s name when we were out at a bar. Zak Bagans ended up demolishing the house in 2016, but what did he find there? He had years to make the movie, how many investigations did he go on there, just how many nights did he spend in the Demon House?!

Well, the answer is not many. We don’t even get a proper interview with LaToya Ammons or her family because she’s bound by a exclusivity agreement with a different company making a movie about the case. The best we get is her brother. The priest Father Michael Maginot shows up as does Gary Police Captain Charles Austin, who steals the movie with his rendition of what he says he heard over his car radio, a mysterious voice shouting “Who in der?!”

We also get former tenants (whose daughter ends up with some strange activity on her own and Father Maginot has to bless that family), the landlord, squatters living in the house, and Barry Taff from The Entity.

The strangest thing is probably the mysterious 12-Foot tall Demonic Goat that Bagans has seen in his dreams. Even the minds of Zak’s crew end up getting messed with by the Goatman, but unfortunately the re-enactments with this fearsome beast  mostly just made me think about the Dan Aykroyd and Tom Hanks Dragnet film.

I’ve been critical of Zak Bagans and his confrontational investigative style in the past, but the man often knows how to create compelling television entertainment. So, how do his dramatic re-enactments, goat costumery, and paranormal evidence captured on film hold up? Well, you’ll have to listen to the episode to find out as Allison from Milwaukee Ghosts, Scott Markus from What’s Your Ghost Story.com and Wendy and I discuss our experience in the Demon House.

(Full disclosure: there might have been a drinking game involved when we watched the movie!)

We’ve never recorded a rap-metal song before so we figured this episode would be the perfect opportunity to get our best Fred Durst and Kid Rock on. Turn those hats backwards, yo, Sunspot is goin’ to the “Demon House”.

Yeah something totally whack happened to an innocent family,
You better watch this at your own risk cuz evil’s coming through your TV

Yo, you know I had to buy this house
Sight unseen baby
There’s 200 spirits creeping around
And not one chips in for the heat.
I go on the Ghost Adventures and seen all kinds of Forteana
I thought I was going to Hell but it’s just Gary Indiana

Yo, this place scores an 8
on the demon scale
It’s a portal that goes straight to Hell
Just like Sunnydale.

Old guys getting organ failure and the Devil’s messing with my crew,
Who’s down there in the basement.
It’s the Goatman coming for you!