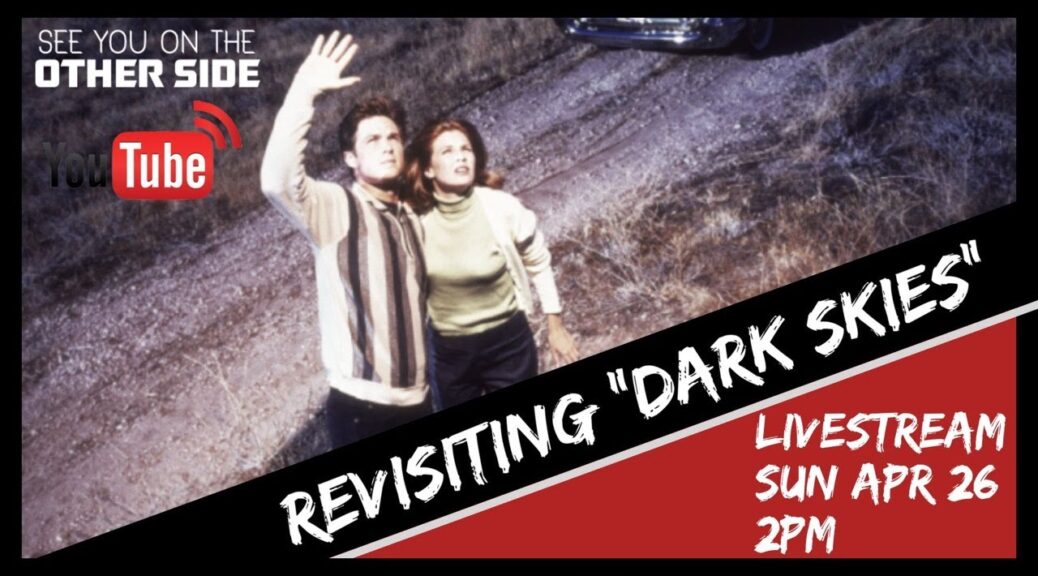 After The X-Files set the world on fire in 1993 and helped establish the fairly new FOX Network as a major player in television, other networks tried to jump on the bandwagon with similarly-themed paranormal shows. There was the small-town horror of American Gothic, the supernatural drama of Buffy The Vampire Slayer, the government conspiracy angle of The Pretender, and even David Hasselhoff got in on the action with his “paranormal investigation in paradise” show, Baywatch Nights (and Lou Rawls sang the theme song, c’mon!)

But the show that skewed the closest to The X-Files was a program called Dark Skies, set at the dawn of the UFO age and doubling down upon The X-Files’ pattern of taking real-life paranormal inspiration and turning it into fodder for fiction. The slogan for the show was: “History as we know it is a lie.”

By combining the government conspiracy paranoia of The X-Files with 1960s nostalgia, the Roswell alien craze, and the infamous Majestic 12. It mixed real historical figures with a science fiction story of extraterrestrial invasion and it ended way too soon. With a series pilot directed by Poltergeist and Texas Chainsaw Massacre‘s Tobe Hooper and the imprimatur of an appearance by Art Bell himself, it seemed like a sure bet, but it was cancelled after one season.

We talk with Matt Kresal about his new book on the series, finally learning what could have been, and also the real-life paranormal inspirations behind the series.

Some of the topics we cover in this discussion are:

We originally recorded this discussion for a special See You On The Other Side livestream and if you’d like to watch us talk (unedited, so umms and ahhhs intact!) then check out this video:

Matthew Kresal is an absolute wealth of knowledge of classic science fiction television and he was a pleasure to talk to, so you know why the produers and creators of Dark Skies were willing to share so much with him. You can pick up a copy of his book right here and we highly recommend it! 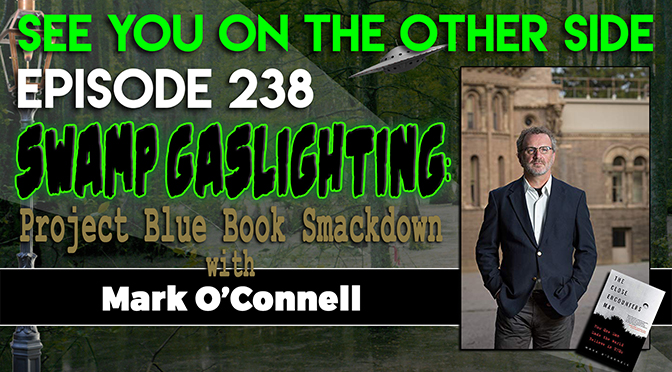 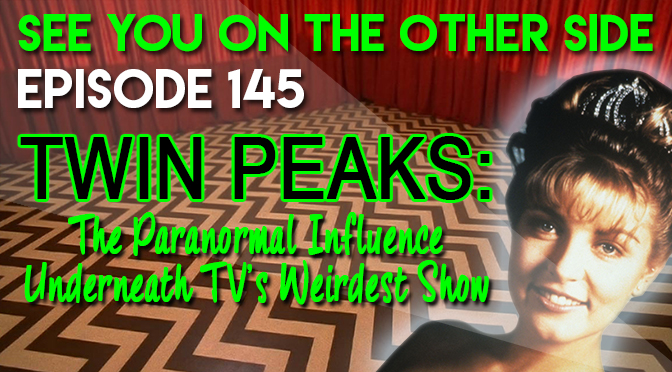 In April of 1990, I was 13 years old. I remember very well watching the debut of the pilot of Twin Peaks on that Sunday night (along with 35 million other people) and I didn’t miss an episode after that. I loved the quirky characters, the murder mystery, and the weird dreams, but most of all, I enjoyed spending time in a place where magic was real, ancient demons stalked the Earth, logs could send psychic messages, and we could visit other dimensions in our dreams. My father and I were diehards who watched until the bitter end, upset about the cliffhangers that it left dangling at the second season’s conclusion. 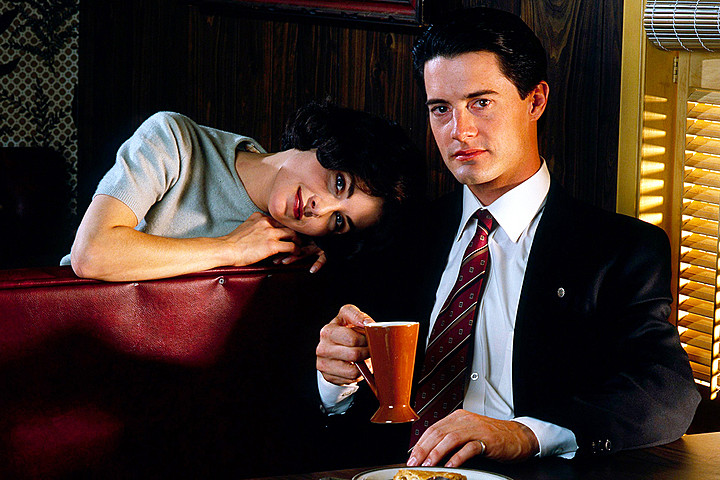 I went into Twin Peaks: Fire Walk With Me thinking that we’d get a resolution, excited to find out what happened the fate of Audrey from the bank explosion and Cooper in the Black Lodge. I didn’t really care what happened to James, because well, James’ weird love triangle shenanigans were boring by the end of the second season. The movie was all the weirdness of the TV show with little of the comedy and the sex and violence amped up. While I didn’t get the answers I craved, I loved going back into that world.

After the movie failed at the box office and David Lynch seemed to be bitter, I figured that was it. The bad guys won, Laura Palmer’s soul was trapped in the Red Room, and no one would ever know why David Bowie showed up as a ghost or what Jacques Renault meant when he called himself “The Great Went”. I figured it would just be a wonderful bit of nostalgia when I think about junior high. It was my favorite show at the time we were starting our rock band, when I was growing my hair long for the first time, and when I was hitting adolescence head on.

So, I was surprised as everyone else when the revival was announced. I couldn’t wait to go back. I thought that the closest thing we ever were going to get toa  reunion was when Big Ed and Nadine runiting as the bad guys in The People Under The Stairs.

I’m the kind of fan who falls in love the mythology of a fictional universe. My favorite X-Files episodes weren’t the funny standalones, I wanted to know about the alien invasion conspiracy. I cared about the Dharma Initiative in LOST and cared about the answers they promised us. I want to know the history of the conflict between the Klingons and the Federation, I want to lose myself in the universe.

I knew that David Lynch was weird and I was down with that, but it took me until Lost Highway to appreciate his dream logic and to no longer care about coherence in the narrative (and trust me, if you’ve seen any of the Twin Peaks revival, you’ll quickly understand that coherence is the first thing out the window.) But in Twin Peaks, the story isn’t as important as the feeling you get when you hang out there. Sure, the quirky characters are fun and their obssession with coffee, apple pie, and smoking (really, that was probably the last major network series where half the characters unapologetically smoke cigarettes), but it was the world they lived in where you just wanted to spend more time.

The show was artistically fearless years before our current Golden Age of TV, it could be hilarious when it wanted to be, tedious and awkward when it wanted, the camera shots alone could evoke fear and dread, but also intense beauty and high strangeness. There’s a scene in Fire Walk With Me that is easily the top three most terrifying things I’ve ever seen in a visual work. Twin Peaks made me feel things like nothing else I’d ever seen on TV.  And that’s why I love going back.

While nominally a murder mystery and a soap opera parody and a meditation on how Small Town America is often hiding a seedy dark and corrupt underbelly, Twin Peaks is also a cornucopia of otherworldly influences. In this discussion, we try to hit as many as we can and how the real-life paranormal tales  impacted the story of TV’s weirdest show.

While we finish the episode with a little musical homage to Angelo Badlamenti’s incredible Twin Peaks soundtrack, we kicked off the show with discussing the untimely death of Chris Cornell who was certainly a huge influence on our generation. I had first heard Soundgarden’s “Loud Love” in 1990 around the same time I was watching Twin Peaks and of course became a huge fan with Badmotorfinger (in fact, I can’t say how often I’ve thought on a particularly rough hangover day that “I’m looking California and feeling Minnesota”.) We talk a bit about Cornell’s amazing voice, but also how eerie it was that Soundgarden covered Led Zeppelin’s “In My Time Of Dying” (which itself was Zep’s attempt at updating an old Gospel song) at their last show before the singer tragically took his own life.