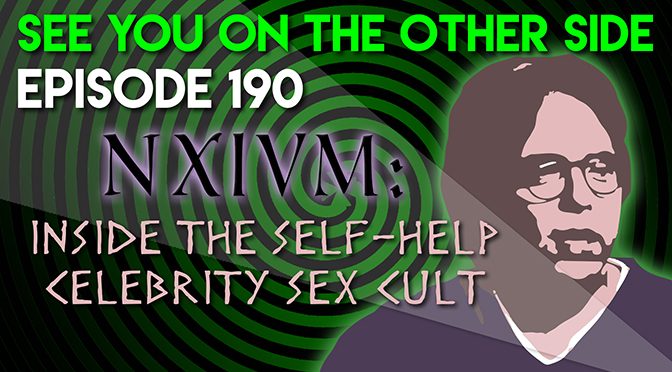 News just came this week that they arrested Keith Raniere in Mexico City. Keith was the founder and leader of the NXIVM organization which started as a series of self-help seminars attended by people as successful as Richard Branson, a former US Surgeon General, the daughters of Edgar Bronfman Sr., the Seagrams billionaire, two children of Mexican presidents, the founder of Black Entertainment Television, and many more. In 2009, Raniere even sponsored a visit to Albany, New York from the Dalai Lama.

Which made it all the more shocking this week when he was arrested for sex trafficking and it was alleged that former Smallville star Allison Mack was his second-in-command for luring women into a special branch of his Executive Success Programs (ESP, get it?). In this special “sorority”, there was a hierarchy of women who performed slave labor and sexual acts for their master (Raniere made everyone call him “Vanguard”.)

Now, there’s been rumors of NXIVM basically being a cult since at least 2003 with an article in Forbes magazine and in this episode we go through a newspaper article written  by Rick Ross (no, not the rapper!) about the tell-tale signs of a cult and we compare those signs to the reports about what was going on inside the NXIVM organization. Who knew that the real secret to a successful Multi-Level Marketing downline was blackmail? Keith Raniere did!

So what does MKUltra, A Clockwork Orange, L. Ron Hubbard, The Manchurian Candidate, and Dionysus have to do with the NXIVM cult? Well, you’ll have to listen to find out!

One of the nastiest stories about the NXIVM cult is how the women thought they would be getting a tattoo when they joined his secret sex organization and instead they were branded. There were also reports of extremely restrictive calorie diets (because the Vanguard liked ’em thin), forced labor, and sick experiments showing women scenes of violence while observing their brainwaves. One of the aspects of a cult is that “you’re never good enough for the leader” and that’s what Raniere was certainly doing to these women.

That’s what this week’s song is about, when a man just can’t handle a woman as she is and thinks that he can tame her like his pet. Like he can swat her with a newspaper and say “Bad Girl”…

I’m sick of dealing with your lack of basic reason
you say that you don’t have to care because you’re bleeding
I bet you wish you were hitched
to a guy that was rich
G$%d%^# you love to b!#$%

your overbite
your cellulite
the way you dress on Friday night
I’m gonna change you
don’t you worry now I’ll change you
I’ll mother^&*!# change you 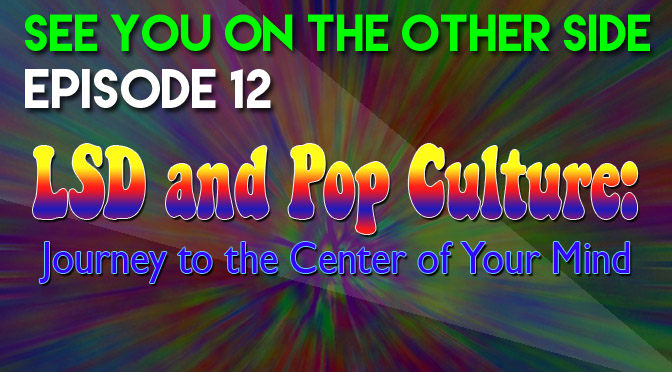 In this episode, Mike and Wendy Lynn delve into the mysteries of Lysergic acid diethylamide, or as it’s better known by its acronym, LSD (or its street name, acid). The show starts with a discussion of the invention of LSD in the 1930s, and then into how LSD became the “drugs” in sex, drugs, and rock n’ roll. Then they go into detail on the difference between acid and other drugs and the Steve Jobs method for tripping.

The conversation turns to LSD and pop culture, starting with author Aldous Huxley’s experiments and his influence on Jim Morrison and The Doors. Mama Cass returns to the podcast as we discuss her relationship with the drug. Then it’s the CIA’s MKUltra mind control experiments (Muse would later write a song about it as well) on soldiers and prostitutes in the 1950s, The Men Who Stare At Goats, the counterculture of the 1960s, Dr. Timothy Leary and his influence on Fringe’s Doctor Walter Bishop, and Mad Men.

“I know what it’s like to be dead”, is what Peter Fonda kept saying when The Beatles tripped with him and The Byrds. And then they go into John, Paul, George, and Ringo’s experiences with acid and their songs that were based on those experiences with not only “Lucy Inn the . Then it’s The Grateful Dead, Jefferson Airplane, “acid house”, and other tracks that have been influenced by tripping on LSD.

They then finish the conversation with how acid was made illegal to get back at the anti-war hippies and how now LSD has finally been made legal for research in the present, hopefully leading to a common sense policy on humanity’s relationship with the substance.

Sam Harris, “Drugs and the Meaning of Life”

“Fringe and The Harvard Psychedelic Club”

Popular Science, “Why Doctors Can’t Give You LSD (But Maybe They Should)”

No man is an island,
And when you trip it’s doubly so.
No one is ever alone,
A special kind of radio.
Tune in to go deeper,
Turn on, let it go.
Drop out in the ether,
Drop into the whole.

Tune in to go deeper,
Turn on, let it go.
Drop out in the ether,
Drop into the whole.