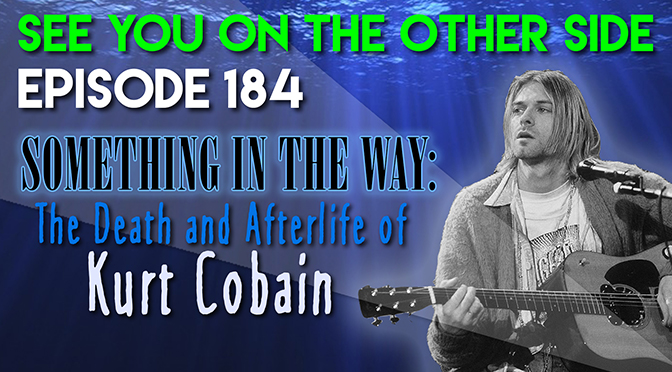 February 20th, 2018 would have been Kurt Cobain’s 51st birthday and it’s  hard to believe that he’s been gone for over two decades. Nirvana sold 75 million albums which puts them in the upper echelon of recording artists, but more than that, Kurt Cobain was one of the, if not the, last rock star.

He was aloof and artistic. He hated his fame while being drawn to it. He was the antithesis of the 80s Sunset Strip rocker, eschewing their glammed up hypermasculinity and virtuoso guitarists for dirty sweaters and simple melodies.  He seemed to spite the media, but they worshipped him.

Long before we watched every move artists made on Twitter and were a party to their private lives on YouTube and reality television, there was a sense of otherness to our celebrities. Kurt Cobain played guitar simply and sang his heart out with a tuning of his own, but he was not just like us. There was a quality to him that matched the era and he inspired an entire generation that was ready for a change. He was the last of the mainstream rock n’ roll heroes, and just like Jimi Hendrix and Jim Morrison, he died at twenty-seven years old, apparently of a heroin overdose and suicide by shotgun.

And when he died, it ripped people in my generation apart. We were the ones who listened to “Smells Like Teen Spirit” as Freshmen in high school and we made the Alternative Nation the soundtrack of our lives. Kurt Cobain was the John Lennon, he was the epicenter of the movement, and his passing also symbolized a feeling that it was over. The bands that came up in Nirvana’s wake (Bush, Silverchair, etc..) felt like warmed over seconds. The moment had passed. It was the last time that Rock ruled and it was nearly the end of American mainstream culture. By the end of the decade, Hip Hop was the number one genre, MTV only showed videos sometimes, and the alternative movement turned into Nü-Metal. Kurt’s death was the beginning of the end.

Other podcasts and documentary films have covered all the conspiracy theories surrounding his death and those range from his wife Courtney Love hiring a singer to kill her husband (even her wacko father thinks she did it) to the idea that the CIA tried to kill him because he was pro-Clinton (and George H.W. Bush was a former CIA director.)

But what interests us the most is that just because Kurt died doesn’t mean that people haven’t still seen him around. He inspired the kind of loyalty and love in his fans that we just don’t see anymore. He wasn’t just a popular musician, he was a rock deity and he entered the pantheon the only way you can… with his untimely death.

Here are just a few of the Kurt Cobain ghost stories out there, it seems like he’s had a very healthy afterlife so far.

For this episode, we cover the last song off of Nirvana’s breakthrough album, Nevermind. A dark moody classic, “Something In The Way”. 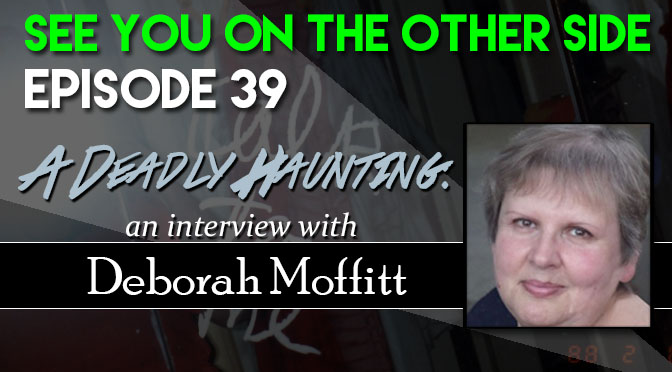 With notes of The Amityville Horror, Poltergeist, and even the under appreciated (in Mike’s opinion anyway) Dead Again, Debbie Moffitt’s A Deadly Haunting is a tale of a California family under supernatural siege in the 1980s.

The story begins with a supposed Santeria ritual performed by a Guatemalan caretaker in the house of Deborah’s grandmother-in-law (she was trying to keep the old woman alive so that she could keep her job and not be kicked out of the country), that opened up a doorway to a demon that terrorized the Moffitt family for years.

The activity began in a house they were renting out, where they thought that the tenant was making strange objects appear in the house in locked rooms and was drawing strange symbols on the walls. The tenant denied any wrongdoing, but gave them one day notice and moved out. Then in another house they were renting out, they were asked by the tenant whether or not someone died there. And in their own house, weird stuff (like their tenants’ underwear) kept on showing up in her mother-in-law’s room and objects on the shelves would turn backwards. In the beginning it was like a game, because they would ask this unseen presence to do things, move stuff around, and it did. But for a long time, nothing threatening was happening.

Until they rented the house again to a couple named and Tom and Michelle, and over time Michelle began to show signs of abuse. When Tom moved out under mysterious circumstances and a stranger later told her that Michelle was found in a landfill, the phenomena started getting more sinister.

When they moved into a new house, they didn’t think that the presence was following them, but three weeks into their new home, a message was left in soap on their mirror, “Talk to me”. And then messages started appearing regularly on the mirror, strange symbols started appearing on the walls, and telling them not to go into the attic. At this point, the whole family became very isolated and wouldn’t have people over to the house except for paranormal investigators (including an associate of our former guest, Loyd Auerbach, the couple who hit mainstream consciousness from The Conjuring, Ed and Lorraine Warren, a Voodoo practitioner, and well-known parapsychologist, Dr. Evelyn Paglini) . The presence, which Debbie would call Mister Entity (but asked to be referred to as Prince), focused all his negativity on her mother-in-law, physically assaulting her, ripping up her clothes, and terrorizing her. She claims that the presence didn’t mess with her or her child, but said that her mother-in-law “belongs to him”.

That’s where the story gets medieval, where Mister Entity told her that her in a past life, her mother-in-law was promised to him by Satanism-practicing monks in a Seventeenth-Century French monastary as a sacrifice. But when the ritual didn’t go down, the presence said that it didn’t matter and he still wanted her even after hundreds of years. And her father-in-law was one of those Satanic monks.

So the relationship between her in-laws starts deteriorating, and a spear even appears in the bed next to her mother-in-law and Mister Entity says that he wants the father-in-law to perform a “blood ritual” on her. Deborah refused, angering the demon, and the terror continued until 1992.

This Week’s Song: The Keep On The Borderlands by Sunspot

And all the safe and reassuring words,
couldn’t protect any of the herd from,
self-loathing and boredom.
So lock your doors, don’t make eye contact,
and maybe you’ll get out intact,
humbled, embarrassed and ignoble.