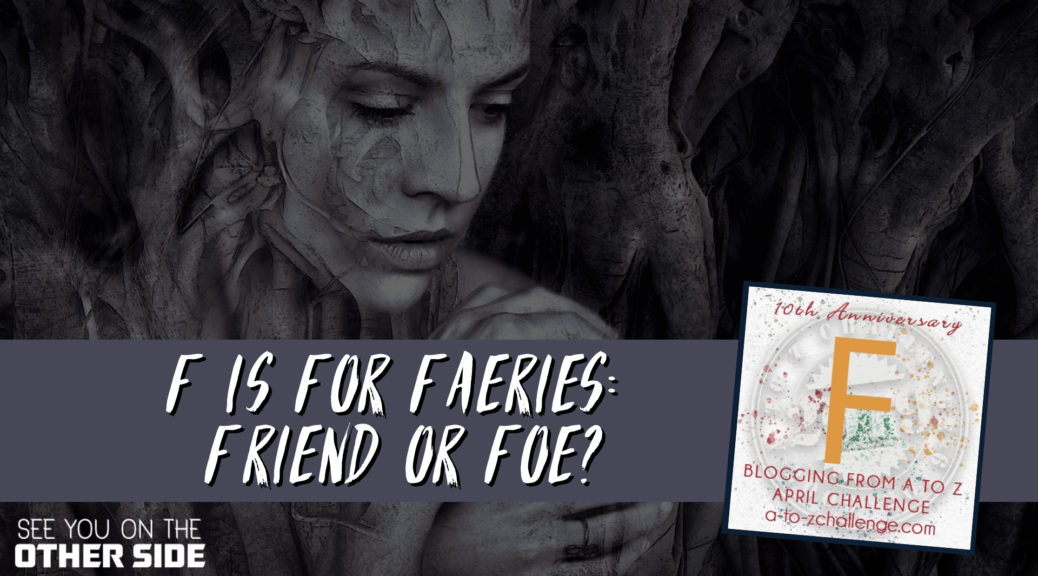 Many of us were first introduced to fairies when we were young children. We were enchanted by Tinkerbell from Peter Pan, and wished we had our own Fairy Godmother to grant our wishes the way Cinderella’s did. In the summertime, we imagined fireflies were magical creatures sprinkling our backyard with fairy dust. And when a loose tooth finally freed itself, a simple right of passage went from mundane to miraculous with the promise of a visit from the Tooth Fairy.

My young imagination savored the notion of having a cute little mystical friend at hand. It would be like having a small pet who would entertain me with endless visual delights of sparkling aerial acrobatics; a wee companion who would not only entertain, but also provide serious guidance when I struggled with a big decision… A petite personal adviser of conscience. I loved immersing myself in the fairy stories so prevalent in library books, cartoons, and movies.

But one night, this fascination leapt right from the whimsical world in my mind to the physical world. I saw a fairy with my very own eyes.

I awoke in the middle of the night and there she was: Pale with dark, silken hair to her waist, wearing a long, flowered gown of blue and green. She was closer to actual human-size than the tiny fairies common to folklore, yet still seemed mystically miniature. Near the foot of my bed was a clothing dresser about four feet high, and she was standing tip-toed on a chair, examining the top of the dresser. I remember her looking over at me at one point, but I said nothing, and she turned back to her work of perusing my dresser top in the near darkness.

Although the vision was fleeting, it remained in my mind the next morning as I shared it with my sister and parents. While I’m sure they assumed I was dreaming, I knew the truth: I had witnessed the one and only Tooth Fairy in my bedroom! Some things don’t need to be explained, one just knows, and this was one clear cut case of simple gut instinct. She was obviously looking for a tooth, lost recently by either my sister or myself, and I had awoken to see her hard at work, and presumably eventually she would leave a monetary gift in exchange for our tooth sacrifice.

The fairy I saw in my childhood bedroom was a lovely, good, kind fairy. The legendary fae were not always creatures of good tidings, though. They had a reputation for wreaking mischief and havoc, and for sabotaging their human neighbors if certain demands weren’t met. We explored the history and folkore from Ireland in Episode 187:

Thank goodness it was the Tooth Fairy that I saw, and not one of the dark fae known for doing much more unsavory work! Had that been the case, I may not be around today to tell the tale, for many a story tells of creatures stealing young children from their beds in the night (as illustrated when David Bowie’s dreamy but evil goblin character Jareth snatched baby Toby RIGHT OUT OF HIS CRIB in the movie Labyrinth!). We covered this terrifying concept in depth in Episode 204, where author Joshua Cutchin shared some of the supernatural child-snatching tragedies from his book, “Thieves in the Night: A Brief History of Supernatural Child Abductions“:

I am relieved that what I saw was not one of “Satan‘s Little Helpers” (that’s not a typo) either. Elves are another example of childhood golden books instilling a belief that tiny mythical creatures are cute, fun, and helpful. But we learned that this is not always the case in Episode 175. Indeed, the original jovial assistants to Santa weren’t there to help, they were there to hurt:

Ultimately, my personal fairy experience was positive and fun, a manifestation of some of the magic I so enjoyed reading about from the page into the very real space of my own room. But if you awake in the night and see one of these folk has visited, bear in mind that it may not be a visit of good tidings… 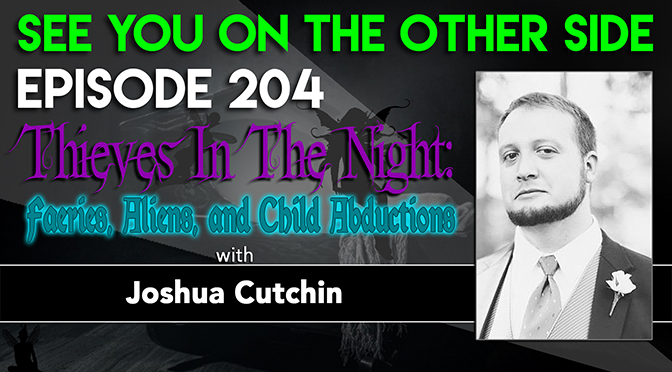 When most people think of fairies, they think of Tinker Bell from Peter Pan. The idea of little supernatural creatures living in the forest has been co-opted by Lucky Charms and Santa Claus. They’re kind or helpful or merely mischievous. They’re cute. Remember the brownies from Willow? They were funny, and goofy. Fairies, elves, sprites, etc… they’re not terrifying anymore. In fact, there’s “fairy godmothers” who grant us the greatest wishes of our hearts’ desires. They’re fun and if they are real, they even play with children! Remember The Cottingley Fairies? Even Sir Arthur Conan Doyle believed in them, and he invented Sherlock Holmes so he must be smart!

In fact, a hundred years after the pictures of “The Cottingley Fairies”, there are still people that believe in them, decades after one of the girls admitted it was all a hoax! In The Usual Suspects, there is a famous line:

“The greatest trick the Devil ever pulled was convincing the world he didn’t exist.”

That’s a rephrasing of a famous quote by the French poet, Charles Baudelaire, but the idea here is the same. Fairies must have an incredible publicist, because  been in the public imagination, fairies are as real as the pot of gold at the end of the rainbow. It’s only a modern idea that fairies are harmless and fun little magical beasties that live in the forest and are just like “tiny little people with wings” that care about the environment.

But that’s pretty far from the original myths and legends of faerielore. In fact, one of the most enduring myths about the fae is the terrifying story of the “changeling” where faeries steal a human baby and leave a faerie child, an old fairy, or a deceased child in the baby’s place. You would know it was a changeling because the baby was constantly crying, or would not stop suckling at mother’s breast, or would eat voraciously and never be satisfied… in any case, the parents would just “know” that it was not the same child as went to bed the night before.

And there could be multiple reasons why faeries would steal a human baby, it could be that human mother’s milk makes faerie babies stronger, or to replace a troublesome faerie child, or sometimes even because faeries enjoyed human flesh. You might be able to get the changeling out and your baby back by something as innocuous as attempting to cook the family dinner inside a single eggshell (something that would shock the changeling into laughter and running away) or as insidious as holding the child over an open stove or an iron spade.

And when it comes to the human experience, that’s about as horrific as it gets. Our biological imperative is to reproduce and keeping that child alive is one of our most basic instincts. But before modern medicine, the infant mortality rate was exponentially higher. Droughts, starvation, and famine were much more common. If a child was sickly or a burden on the scarce resources of a peasant home, the drain on the family could be significant, it could be deadly.

In a superstitious world, the changeling real because how else do you explain it? What else can a birth defect or mental illness be but a supernatural curse when there is no scientific explanation yet? The changeling is a very human way of interacting with a very real trauma. It’s a dark road to go down, but when we talk about 4,500 cases of infanticide in Ireland between 1850 and 1900, it’s not just some strange ancient faceless past, it’s a real history with relatives that many of us can trace directly back to.

Fortean author Joshua Cutchin wrote the ground-breaking A Trojan Feast: The Food and Drink Offerings of Aliens, Faeries, and Sasquatch in 2015 to examine millennia of strange, cross-cultural paranormal food taboos. Following it up with The Brimstone Deceit: An In-Depth Examination of Supernatural Scents, Otherworldly Odors, and Monstrous Miasmas Joshua explored olfactory experiences reported during paranormal encounters. Josh is not only a painstaking researcher and gifted writer, but a fellow Badger (Wisconsin alumni, like Wendy and I) and a talented musician.

In this episode,  Joshua Cutchin joins us to talk about perhaps his most frightening work to-date, his new book, Thieves in the Night: A Brief History of Supernatural Child Abductions, which examines the disturbing history of paranormal kidnapping.

Inspired by the idea of waking up to find someone that you care about isn’t someone you seem to recognize anymore, we revved up a  Sunspot rocker for you,  This is “The Changeling”!

So long
that’s what you prefer
it’s a swan song
to who we thought you were
you’re so headstrong
so put on your spurs
and get the out of town until you find a cure.