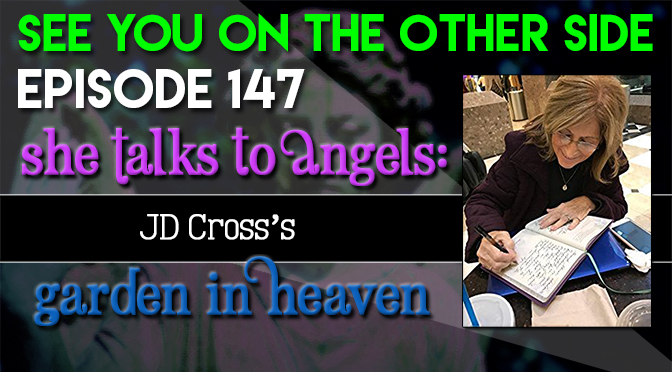 I don’t know about you, but when I’m afraid of something, I make a deal with God. When I’m faced with an unknown or something that I can’t control, or something that’s too late to have any effect on, I pray. I beg, I plead, I deal. What was the last deal you made? What were you willing to sacrifice and what did you want?

That’s baked right into the Judeo-Christian faith and really baked into religion as a whole We sacrifice something so the gods will smile upon us, whether it’s Nicolas Cage being put into The Wicker Man or God telling Abraham to sacrifice his son Isaac or the Aztecs slaughtering their prisoners of war at the tops of their pyramid.

But really, does it seem like God cares about your sacrifice? When you suffer, does God seem to care? No. People who don’t deserve things get them all the time. It’s not about deserving, it’s not about sacrifice. Can you alter your future? Absolutely, through making good decisions in your past. Miracles seem to happen, but why do they happen to some people and not others? Who determines who deserves what?

We’re never going to be able to answer that question and that’s okay. Faith isn’t about believing so you get better stuff than the other guy, faith is accepting the universe as it is, hoping that it’s all for a greater purpose and just hoping the if you do your best, things will work out but understanding that it doesn’t always happen and being willing to roll with it.

I make bargains with God all the time, sometimes it works out and sometimes it doesn’t, but the thing is…he never talks back to me. But certain people claim to have had contact with the Almighty. People like author J.D. Cross.

J.D. Cross’ first angel appeared to her when she was four years old and when she went to sleep, her soul would travel to a “Garden in Heaven” where she would spend time with Jesus. She had an out of body experience and died on the operating table when she was 19. God has blessed her with the gift go prophecy and the ability to talk to angels and she shares those prophecies, her experiences of soul traveling, and what it’s like when God warns you about not going to a keg party in this interview!

J.D.’s books include Soul Travel In Heaven: The Day I Died and Prophecies In The Light of Christ and you can find her official website right here.

We couldn’t pass up playing this Black Crowes song for this episode. We thought a stripped down version of their bonafide classic, “She Talks To Angels” would be perfect for an episode about a woman who’s talked to them all of her life.

She never mentions the word addiction
In certain company.
Yes, she’ll tell you she’s an orphan
After you meet her family.

She paints her eyes as black as night now.
Pulls those shades down tight.
Yeah, she gives me a smile when the pain comes.
The pain gonna make everything alright.

She don’t know no lover,
None that I ever seen.
Yeah, to her that ain’t nothing
But to me it means, means everything.

She keeps a lock of hair in her pocket.
She wears a cross around her neck.
Yes the hair is from a little boy,
And the cross from someone she has not met, not yet.