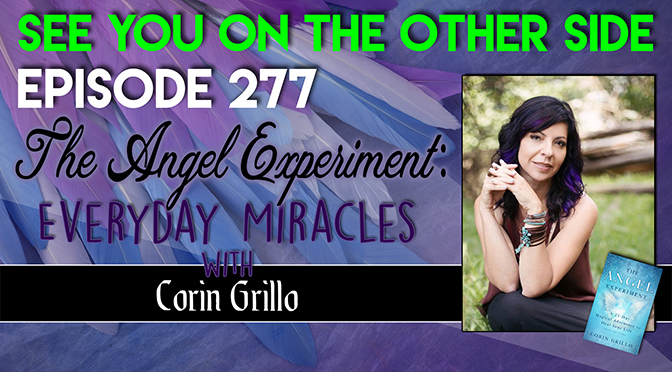 Angels feel like something for little kids and Christmas trees. It’s Della Reese performing heartwarming miracles on cheesy Sunday night television or the goofy Clarence from It’s A Wonderful Life. Or even a hearbroken Nicolas Cage staring forelornly at the ocean from City of Angels. They’re something silly, like a figurine in your Grandma’s cabinet or laying on a cloud in Heaven playing a harp. And of course the most famous painting of angels in the world doesn’t help.

That’s the touchy-feely Hollywood version. But the word “angel” just comes from the Greek word for messenger which is all the angels were, translated to from the original Bible stories in Hebrew. And in the Old Testament, they’re terrifying. They are the instruments of God’s will. Which means they do things like annihilate Sodom and Gomorrah when God thinks the city is too wicked or defend the Garden of Eden with a flaming sword. They are the forces of Nature carrying out the vengeance of the Almighty, supernatural soldiers of Heaven.

But that’s just the Christian version. Angels are in almost every religion as spiritual beings who carry divine messages, which are sometimes helpful and sometimes bad news. Even Satanists have angels, but they’re atheists who use the fallen angels from Christian theology as metaphors. In fact, angels aren’t even mentioned as having wings for the most part, that’s just a creation of artists in the Middle Ages.

Corin Grillo was a licensed psychotherapist struggling with depression of her own when she prayed to the angels for something that would transform her life from the pit of sadness that she was living in. Shortly after, she witnessed something in the street that she could only describe as a miracle and she began to start seeing signs of angelic influence wherever she went. That miracle in the street altered her life forever and she began to climb out of her depression and find start finding meaning and purpose in life.

Corin started introducing angel invocation into her psychotherapy sessions and seeing results with patients. Whatever was going on, it was working and it led her to develop an online forum where people can connect with each other and try to share miracles and developments in their own lives. That formed the basis of The Angel Experiment, Corin’s guidebook on a 21-day program to try to invoke the power and healing of the angels in your own life.

The Angel Experiment: A 21-Day Magical Adventure To Heal Your Life

Corin says that you don’t have to be religious to experience angelic activity in your own life, you just have to go through with the rituals and meditation. After reading the book and going on my own Angel Experiment, it’s interesting because I feel like it’s like Chaos Magick. You’re invoking entities, you’re setting your intentions, you’re journaling your feelings and thoughts looking for synchronicities that happened and gratitude in the good things in your life.

Much like Chaos Magick, or as Dr. Dean Radin talks about in Real Magic, it doesn’t really matter if you have rock solid faith or not, there’s something in the ritual that makes changes happen in your life. When you perform a ritual and set an intention and you try to invoke a supernatural being to intercede on your behalf, your subconscious goes to work. Whether it’s angels helping you or you’re praying to the Saints to ask God for a favor, or it’s one of the entities in the Lesser Key of Solomon, it’s the same thing. Supernatural or not, these prayers are the basis of faith and Corin Grillo’s Angel Experiment is as good of a place to start as any to get some meditation and positivity going every day.

In this conversation we discuss:

Corin’s story of overcoming her melancholy and keeping fighting the good fight when she was thinking of quitting it all, is heartening whether you believe in angels or not. Her idea of everyday miracles that people can see in their own life is a way of showing gratitude for the good things that do happen. Her story plus the thought of angels as warriors (with flaming swords!) inspired this week’s track, “The Battle of Everyday”.

This is the battle of everyday
this is the conflict of willpower versus hurt
this is the struggle where we pray
for the strength to keep ourselves out of the dirt.

Everyday everyday
where every single victory feels like it’s just in vain
are you safe are you safe
You’re not just up against the whole world, you’re fighting your own brain.