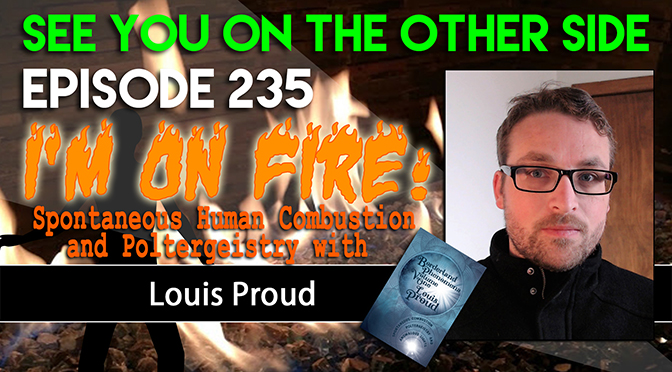 Spontaneous Human Combustion just doesn’t seem to get the recognition in the paranormal world that it used to. I remember when I was a kid checking out books on weirdness from the library, they almost never failed to include this picture…

Now I know that people randomly starting on fire might not be as sexy as demons or aliens, it’s one of the only strange phenomena where we get real physical evidence. This is more than witness testimony and above you can see poor Mary Hardy Reeser, 67 years old. Her body burned alive for no apparent reason whatsoever.

Mary moved to St. Petersburg, Florida in 1950 so that she could be closer to her son after her husband died. One day she gets ready for bed, sits down in her armchair, and in the morning they find her body reduced to ash. Her shrunken skull and her leg below the knee (still in its slipper) are all that is left. The surroundings are singed but the fire was mostly confined to her. What could have started her on fire?

Even when a body is cremated and the corpse is burnt for two hours at 1400 to 1800 degrees Fahrenheit, there are still bone fragments left at the end, not just ash. A regular house fire burns at around 1100 degrees Fahrenheit and that’s when the whole house is on fire! It would have to be much hotter than that to burn a body that completely. Just what could do that to her body?

That’s the question Louis Proud tackles in his latest book Borderland Phenomena, Volume One: Spontaneous Combustion, Poltergeistry, and Anomalous Lights (Click here to check it out on Amazon) and with hearty endorsements from such luminaries as Jeffrey Kripal, Gary Lachman, and Whitley Strieber, you know that you’re in for some good reading.

Louis is our first guest from Tasmania(!) and became interested in what he calls “Borderland Phenomena” when he was in his late teens and started experiencing extremely intense episodes of sleep paralysis. After hearing about an unusual history of paranormal experiences in his own family, he decided to start exploring the “Borderland” for himself. That’s where he discovered the link between classic poltergeist cases, anomalous lights like ball lightning, and Spontaneous Human Combustion.

Allison from Milwaukee Ghosts joins me and Louis to discuss these topics:

For the song this week, we wanted to exploit one of the original myths about Spontaneous Human Combustion. When cases of people mysteriously starting on fire were documented in the Victorian Era (when scientific exploration of the paranormal started in earnest), they blamed it on the demon drink. In fact, Charles Dickens even has an alcoholic character burn to death spontaneously in his novel, Bleak House, all the way in 1852. The combination of impoverished living conditions and the mass production of alcohol caused the 19th Century to be a pretty drunken age. Hey in the early United States, we even had an uprising because of a Whiskey Tax!

The Women’s Suffrage Movement that evolved in the late 19th Century to expand the right to vote also carried along with it many elements of Spirituality and of course, Temperance, or abstaining from alcohol. Saying that Spontaneous Human Combustion could result from alcoholism was a perfect paranormal way of trying to convince people that alcohol should be illegal. And by the early 20th Century, they succeeded (in the United States, at least.)

So, we took that idea and ran with it. When you’re drinking, sometimes you feel unstoppable, just like you’re on fire. As Axl Rose once sang, “When you’re high you never, ever wanna come down”. But you know that when you’re drinking, the hangover eventually comes and that fire burns out. Hopefully it won’t take you with it. Here’s Sunspot with this week’s paranormal song, “I’m On Fire”!

Against the wall, I’m not ready to show my face
Another shot, I’m running hot with every taste

I close my eyes as I get ready to unload,
Just another sip, I’ll lose my shit, and I explode.