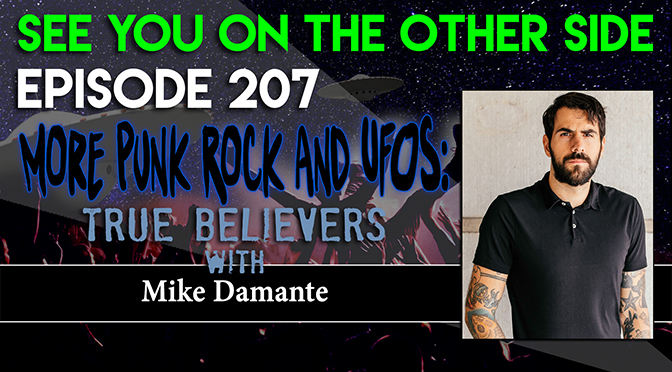 We first met Mike Damante from the Punk Rock and UFOs blog last year when he released his book Cryptozoology Meets Anarchy. Since then he’s been regularly interviewing paranormal and UFO experiencers, reviewing the latest alien-adjacent films and TV shows, and exploring a lot of the pop culture side of anomalous phenomena from pro wrestling to 90s pop-punk bands. It’s a blog after our own media-saturated hearts!

Mike’s new book, Punk Rock and UFOs: True Believers takes it’s title from a classic Bouncing Souls track. While that song isn’t about ghosts or UFOs or anything, it is about the comraderie and the solidarity of the friends you made in youth and how that never really goes away, even when you get old. To some extent, I’ve seen that in the UFO and paranormal experiencer community. Once you’ve seen something literally out of this world, there isn’t any going back. You’ve had a personal glimpse into what lies beyond, something unexplainable. It’s like trying on the glasses from They Live for a few minutes. Empirical evidence is the most convincing kind, but it’s only convincing to you because it’s so individual to you. You’ve been touched or blessed or just in the right place at the right time, and other people might think you’re crazy. Once you’re in that group, there’s a kinship to it, a Fellowship of the Weird.

There’s of course, a real kinship to the punk rock culture as well. Whether or not you think it all sprang from the mind of Malcolm McLaren as manufactured rebellion, at least rebellion is built into it. It’s a feature, not a bug. It’s a social movement built on the the outcasts of the current young generation offending the sensibilities of the previous generation. Grizzled old punks with greying mohawks arguing that new punk music and fashion isn’t the real deal (“Punk is dead”, “Hot Topic killed Punk Rock”, “[Your favorite band here] isn’t real punk rock”, etc…) has been going on since at least 1978, so the rebellion is meant to happen inside the movement as well.

It’s like in Star Wars where Sith apprentices are supposed to eventually kill their master and take over. It’s DIY creative destruction. I don’t fit in with your thing, so I’m going to make my own thing. It’s generational conflict at a microcosmic level and while it often for silly internecine conflicts and self-destruction, it also makes for great music and art. 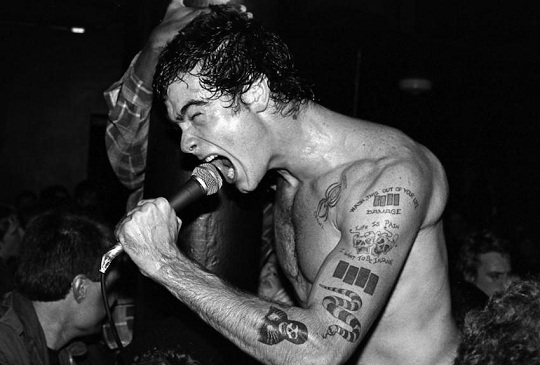 Questioning anything and everything, to me, is punk rock. – Henry Rollins

Well, that’s something that happens in the parnormal community as well. There are plenty of similarities between these two groups that exist on the fringe of the mainstream. As a musician who’s played punk rock and in punk rock dives for twenty years as well as a paranormal enthusiast and ghost hunter, I can certainly attest to that! So that’s where we go in this conversation with Mike Damante about his new book. We discuss:

Punk Rock and UFOs: True Believers by Mike Damante is available now and you can get it right here.

In the spirit of Henry Rollins’ quote about “questioning everything” and listening to the Bouncing Souls song that inspired the title of Punk Rock and UFOs:True Believers, we went for a late 90’s-style punk song with this week’s paranormal tracks. Here’s our anthem for not just regurgitating accepted dogma and thinking for yourself: “God Bless The Heretics”.

Well my head needed a swift kick
agnostics and skeptics

Would you dare be a polemicist
Empiricist or materialist