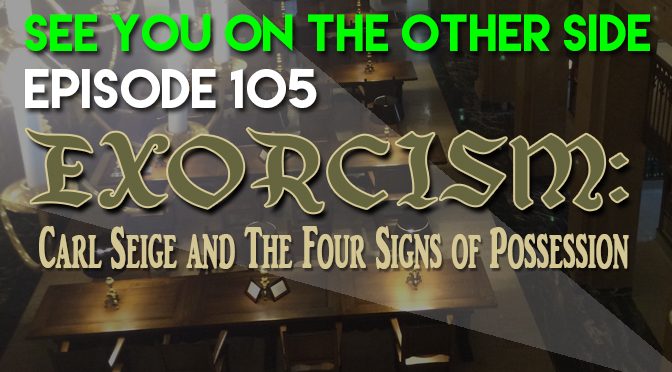 One thought on “105 – Exorcism: Carl Seige and The Four Signs of Possession”