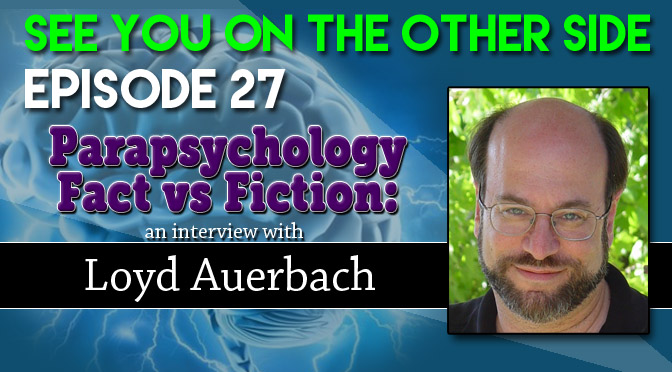 Looks like Mike survived his half-marathon that we were talking about last week in the below-zero temperatures on Sunday, but just barely!

and here’s Mike and Wendy recording the intro to the interview in the Sunspot rehearsal space.

Today’s interview is with parapsychology mainstay, Loyd Auerbach. He really has been keeping the fires burning for the scientific study of the unexplained for four decades and his book ESP, Hauntings, and Poltergeists: A Parapsychologist’s Handbook was extremely influential on a young Mike (which is one of the reasons that he’s so excited about the interview.) Not only has Loyd been highly involved in keeping parapsychology in academia, he has been on thousands of paranormal investigations, and consulted for television (especially on a forgotten classic from the 80s, Shadow Chasers.)

The conversation begins with how Loyd got into the paranormal, his study at Northwestern University under the great UFO researcher, J. Allen Hynek, and then his job at the American Society for Psychical Research. It’s basically a lesson in how to get your dream job so that’s worth listening to the podcast for that information alone.

Loyd moves out to the West Coast to continue his studies at JFK University who was the only place in the United States a post-graduate degree in parapsychology at the time. It was a different time, and he discusses the difference between scientific attitudes towards the unexplained was more welcoming in the days before today’s science vs. faith culture wars.

Loyd talks about some of his Hollywood script consultation and also how he’s not that interested in appearing on paranormal television shows anymore because they don’t portray parapsychology and paranormal investigations in a realistic light. He goes into the difference between reality and what they show you on TV and the movies.

The conversation also goes into Loyd’s latest endeavors to help educate newbies to parapsychology and his latest online courses, which are all about learning to investigate paranormal phenomena like hauntings or ESP in a scientific way so that your investigations can help further the field of parapsychological research.

We are but tiny,
inside a world of infinity,
all we have is our reason,
to make us better than the beast.

Pascal was a gambler,
who wanted to believe.
Pascal made a wager,
for the souls of you and me.

And if you win, you win, you win it all.
And If you lose, you lose,
and it don’t matter anyway,
And there’s so many things I’ll never know,
But even the brightest stars,
must lay down their cards,
when the ferryman calls.

I was born a cynic,
but I’m willing to take my chance,
that the universe is big enough,
to be more than coincidence.

We’re playing a game,
that we don’t want to admit,
All the things we feel,
that you just can’t dismiss.

So if you win, you win, you win it all.
And If you lose, you lose,
and it don’t matter anyway,
And there’s so many things I’ll never know,
But even the brightest stars,
must lay down their cards,
and figure out just who they are,
when the ferryman calls.

2 thoughts on “27 – Parapsychology Fact Vs. Fiction: An Interview with Loyd Auerbach”