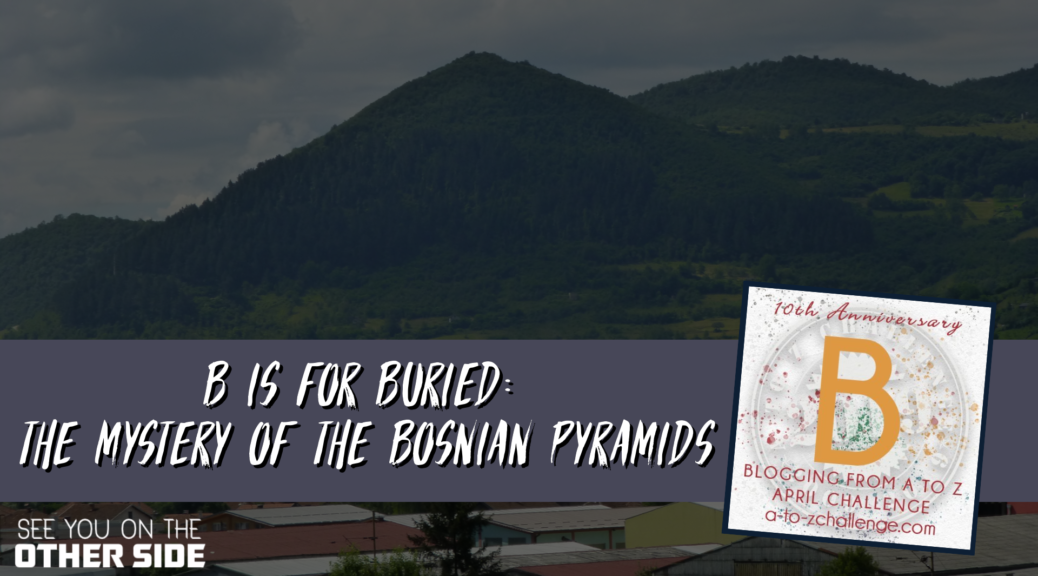 If you are at all remotely interested in archaeology, you no doubt know that in addition to Egypt’s pyramids, there are also pyramids in Central and South America, and even in China. But were you aware that there are pyramids in Bosnia?

If you Google “bosnian pyramid” one of the first results to pop up will be a link to a Wikipedia page for the “Bosnian Pyramid Claims”. The article talks about the “pseudoarchaeological” theory that several hills in Bosnia are actually dirt-covered pyramids.

In 2005, Bosnian businessman Semir Osmanagic began looking into possible buried pyramids after noticing in aerial photos that hills near Visoko had a decidedly pyramid-shape. Osmanagic has been excavating and trying to prove to the scientific community that there are indeed man-made pyramids in Bosnia, larger than the Great Pyramid, but he has met with strong opposition.

Zahi Hawass, the former Egyptian Minister of State for Antiquities Affairs, angrily scoffed at the idea, stating his reluctance to believe any pyramid existed outside of Egypt. Yet, Osmanagic has purportedly documented the excavation of paving stones at the site—which skeptics claim were just laid on a hill that had been shaped to look like a pyramid, as if that meant it wasn’t really a pyramid.

Why though, is there such reluctance to believe that a pyramid couldn’t be in Bosnia? Is that because agreeing to such an idea would lend credence to a number of Fortean theories about our Earth and history?

One theory has been expressed that the Bosnian Pyramid, just like the underwater Yonaguni “ruins” near Okinawa Japan, and the countless reports of submerged Stonehenge-like structures around the world support the Biblical Flood story.

Another theory suggests that an ancient civilization, possibly the one the Atlantis myth is based on, spread out around the world, building similar structures to those found in Egypt.

And, of course, you can’t leave out the Ancient Aliens theory that all the world’s pyramids were built by extraterrestrial visitors.

A less far-fetched, but more conspirational theory is that Dr. Hawass cast doubt on the Bosnian Pyramid to protect Egypt’s monopoly on archaeological tourism.

Whatever the reason, it does seem odd that so many people condemn the idea of a Bosnian pyramid, just because it is currently buried. Especially when one considers the Great Pyramid of Cholula, in Pueblo Mexico.

This massive structure is also covered in dirt. When the Spanish arrived to the region, the site had been abandoned by the natives, the original builders taken over by the Toltec–Chichimecas in the 12th Century. Seeing only a hill, the Spanish built a church there–Iglesia de Nuestra Señora de los Remedios (Church of Our Lady of Remedies), also known as the Santuario de la Virgen de los Remedios (Sanctuary of the Virgin of Remedies).

After discovering the hill wasn’t just a hill after all, tunneling began in 1931. Today, one corner of the original structure has been excavated and can be visited.

Oddly, this is very similar to the Bosnian pyramids — today, tunneling continues throughout Visoko’s strange hill, held back, Mr. Osmanagic says, by a lack of sufficient funding.

Are the Bosnian pyramids a 21st Century equivalent to the Great Pyramid of Cholua?