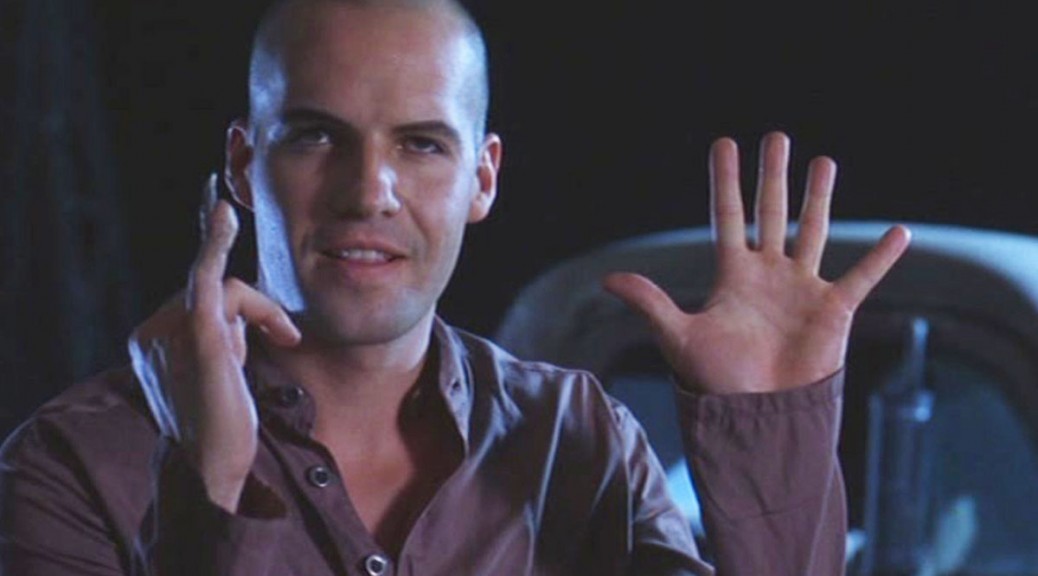 I don’t know if you guys love Billy Zane like I do, but if you don’t, I think you should. Yeah, he was kind of an absurd villain in Titanic, but I’m not going to blame him for that . I think James Cameron was more worried about the special effects than he was directing performances on that movie. I mean, he even kinda screwed up David Warner as a bad guy in that movie. Yeah, the man who portrayed Evil from Time Bandits, Sark from Tron, Jack The Ripper in Time After Time… he was born to play bad guys and he was weak in Titanic, so I’m not gonna blame my man Billy Zane.

He gets a free pass for the first Tales From The Crypt movie, Demon Knight. Hell yeah. The Phantom was fun too, but he is so awesome in that first Crypt movie that you kind of root for the bad guy.

Anyway, he’s been criminally underused over the past few years (even though I heard he plays himself in Zoolander 2) so I just wanted to give the man a little tribute on his birthday and draw attention to Ghost of Goodnight Lane – a paranormal thriller about a haunted movie studio that was actually filmed at the haunted movie studio.

They filmed the movie at Media World Studios in Dallas and the owner had experienced some strange things there and even invited a paranormal team in there to investigate. Once they studied the history and learned that the site used to be a ranch where five people mysteriously died, that’s when they decided to make a movie there.

This story on the local Dallas CBS affiliate even talks about the crew experiencing some weirdness there:

Some of the crew have witnessed lights going off and on, ceiling fixtures dropping and even voices calling their names.

His last paranormal movie was The Ganzfeld Haunting in 2014 about college students studying ESP, but his role isn’t too big in it, in fact the most interesting thing that I could find about the movie was the fact that Frog Brother Corey Feldman went to the premiere dressed up in a weird disguise.

Zane is also fantastic in the Ed Wood-penned I Woke Up Early The Day I Died, which you can watch in its entirety for free on the Internet. There’s no dialogue and it’s got everyone from Christina Ricci to the giant from Twin Peaks, it’s the kind of film you have to see to believe that someone green lighted it.

Anyway, happy birthday to a great and undersung actor who has been in some of my favorite genre work, here’s to hoping for a lot more horror from Billy Zane!