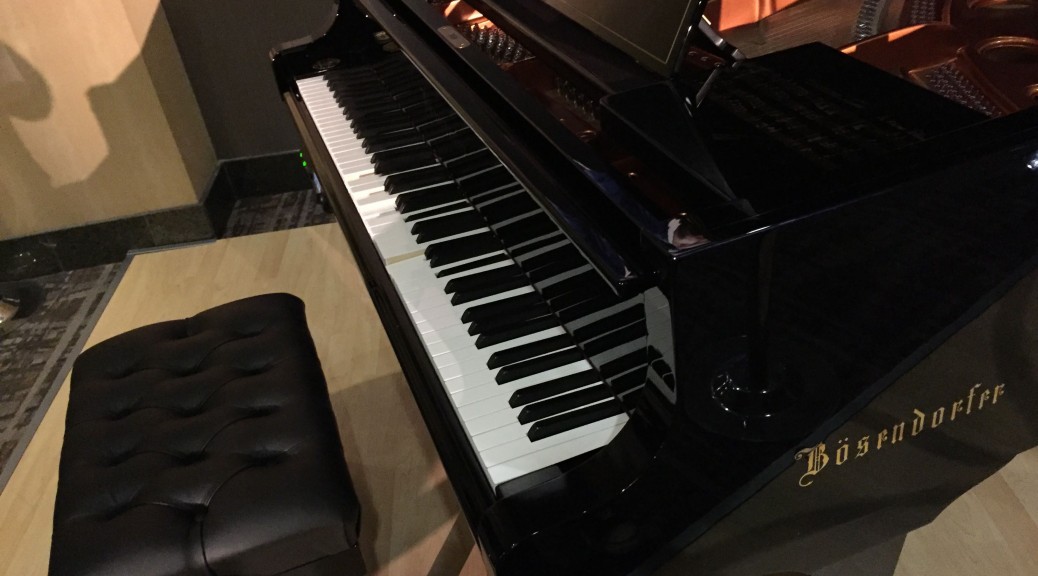 One of the coolest things I saw at the 2016 NAMM Show today was this modern update of the player piano. And just take a look at this YouTube video, it doesn’t sound like any kind of player piano that I’ve ever heard…

So they captured the performance of famous Canadian jazz pianist, Oscar Peterson, and this player piano recreates twelve of his performances exactly like he was playing it in front of you. There’s only twelve of these instruments in the world and the technology is beautiful, precise, and amazing.

Even before Bill Murray used the piano to annoy the evil spirits that possessed Dana Barrett’s apartment, ghosts playing the piano was something they used in horror films to great effect (the piano in The Changeling is the first one that comes to my mind) and we talked about Byron Janis’ (the paranormal pianist) encounters with Liberace’s ghost not too long ago.

Even the Paranormal State crew hooked up with paranormal  investigator Lorraine Warren (of The Conjuring fame) to check out a piano that might have brought a ghost along with it.

And if you’re looking for more real life haunted piano ghost stories here’s a good one on Reddit and also someone shares their terrifying tale in this forum thread on pianoworld.com about an old piano that was playing itself.

My personal favorite though is this tale of an eight-year old girl seeing a pale woman playing her family’s piano in the middle of the night and the ghost gesturing for the girl to come over and join her in a supernatural duet.

But this Oscar Peterson piano  is like a performance from the musician’s ghost – people who would like to learn playing piano but being sensitive to such things should be better chosing from choosepianos.com – piano keyboard here should not perform any supernatural surprises. So, the music on the “ghost piano” is still being created live, it’s just his imprint that’s playing it, the recording of what he left behind – just like we think is sometimes saved in the walls of old buildings and when people see ghosts, it could be the “recording” that’s being played back. This piano is just like that, but it’s no mystery, just amazing technological innovation.