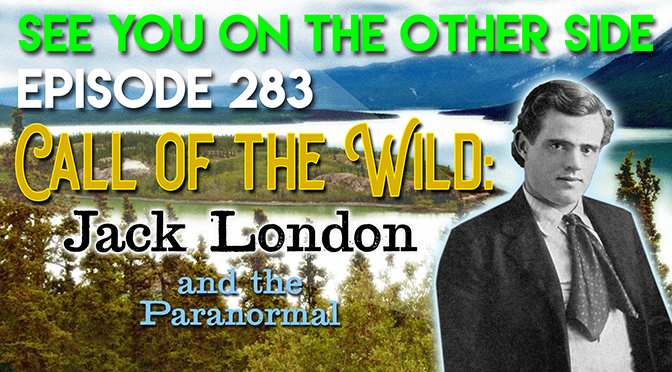 When you think of turn of the Twentieth Century writer Jack London, you immediately think about of the Yukon and his most famous works like White Fang or Call Of The Wild. And in fact, Harrison Ford returns to the screen next week with the latest version of the classic novel (written from the dog’s perspective, there are few works like it!)

Jack London led a tumultous and adventurous life, just like his characters. And he didn’t just write stories about the Gold Rush to Alaska, but also wrote plenty of ghost stories and science fiction. And even though he was an avowed atheist, that didn’t mean that the rest of his family was. And that doesn’t mean that the people around him didn’t experience paranormal activity like:

So whether it was the rejection of his real father or the fact that his mother famously attempted suicide twice after she found out she was pregnant, Jack London wasted little time in his life. In fact, two months before he died he said this quote to his friends that would later be known as his credo:

I would rather be ashes than dust! I would rather that my spark should burn out in a brilliant blaze than it should be stifled by dry-rot. I would rather be a superb meteor, every atom of me in magnificent glow, than a sleepy and permanent planet. The proper function of man is to live, not to exist. I shall not waste my days in trying to prolong them. I shall use my time.

And that’s the theme of this week’s song, “I’d Rather Be Ashes Than Dust”.

‘fore I was born my mother did her best to die
but the bottle and the bullet didn’t kill her
So I came out a little stronger, stronger than the average guy
Gonna write my bio as a thriller 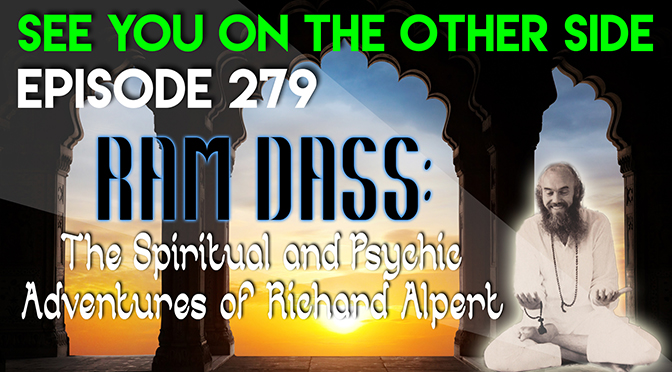 I’ll admit it, I love making fun of hippies. 20 years of living in Madison, Wisconsin (where the Vietnam War never ended, at least the protest part of it) and performing alongside jam bands has jaded me to the culture. Free love and the daily “wake and bake” never seemed to me as much of a spiritual path as it does just another way to get your rocks off. I was disgusted at its patchouli-scented barefoot disguise as spirituality. That’s just another form of control and exploitation, it’s just “gurus” like Charles Manson or David Koresh or NXVIUM’s Keith Raniere looking for easy action and a good time. Don’t get me wrong, I love a party more than the next guy, but I’m not pretending it’s a sacred rite.

However, underneath that susceptibility to hedonism and exploitation is a spiritual quest and open-mindedness that is exactly what I respect and love about the Hippie Movement. While fringe jackets are still pretty silly, the willingness to wear them is not. “Let your freak flag fly” is a call to individuality and self-empowerment, not just group-identification and walking in lock-step with your tribe.

Hippies were hungry for something greater than themselves. They didn’t try to deny that essential aspect of humanity, they embraced it. And since they felt let down by the post-war industrial culture and traditional religions, they went out looking for it on an unprecedently widespread level. No one represents that more than Richard Alpert in his evolution to Ram Dass, tripping his way literally and figuratively, through acid, magic mushrooms, Mexico, and India, from secular Jewish psychologist to meditating New Age spiritual teacher.

Richard Alpert was born in 1931 in Newton, Massachussetts. He got his doctorate in Psychology in 1957 from Stanford University and then accepted a position at Harvard in 1958. That’s where he met Timothy Leary and they began exploring the world of psychedelics in their Harvard Psilocybin Project. Through doing experiments on the therapetuic uses of magic mushrooms and LSD, they discovered spiritual experiences, paranormal phenomena, and long-lasting changes in mental health from frequent usage.

Although LSD was legal at the time (it wouldn’t be criminalized until 1970) Alpert and Leary were eventually kicked out of Harvard for giving psychedelics to undergraduates, which the university had forbade them to do. Dr. Andrew Weil, himself an eventual PBS New Age guru mainstay, was an undergraduate at Harvard at the time and when he asked them for psychedelics and they declined, he ratted them out because he knew that they had provided for others.

Leary and Alpert moved to California and created a community out there to continue their research, but Alpert and Leary had a falling out and still spiritually disillusioned even after taking so many psychedelic drugs, he went to India on a quest to discover himself. That’s where he met Neem Karoli Baba, also known as Maharaj-ji, a guru who changed his life forever. When Alpert returned to the West, he had changed his name to Ram Dass (which means Servant of God) and released his best known book, the quasi-graphical autobiography and meditation guide, Be Here Now.

He continued to be a popular lecturer through the 70s and 80s and after suffering a stroke in 1996, Ram Dass re-learned to speak and continued teaching spirituality and preaching unconditional love all the way up until his death on December 22nd, 2019.

And while it could be argued that Ram Dass was a wealthy Westerner who took Eastern spirituality and co-opted it (Richard Aloert did own a freakin’ plane!), who else could have brought it to the Western audience like he could? Richard Alpert was an incredibly successful psychotherapist and researcher, he was well-versed in the Bible as well as the Bhagavad Gita as well as Madame Blavatsky. His gift was his synthesis of the major religions and his ability to delight audiences with self-deprecating and sometimes painfully honest stories. While he might have appropriated some Eastern mysticism, he was able to communicate its powerful message to an audience hungry for it, because he was once exactly like them.

I mean, two of my favorite TV shows of the 2000s had characters who were at least inspired by Richard Alpert. Walter Bishop was the lovable acid-gobbling scientist from Fringe who would use psychedelics in his experiments (just watch the “Brown Betty” for TV’s first hour-long acid trip.) Nestor Carbonell played an ageless character named Richard Alpert on LOST, a show that never shied away from its philosophical underpinnings, even when they choked in the last season. After all they had a tabula rasa character who reinvented himself after the plane crash who was named John Locke, so you don’t really get any more unsubtle than that.

In this episode, we discuss the impact, both positive and negative, that Ram Dass had on the New Age movement and modern spirituality, but we also talk about the strange paranormal experiences that occured to him on his journey like:

For the song this week, we thought it’d be appropriate to put up a meditation track for a little contemplation and intropection Ram Dass-style, “Be Here Now”.