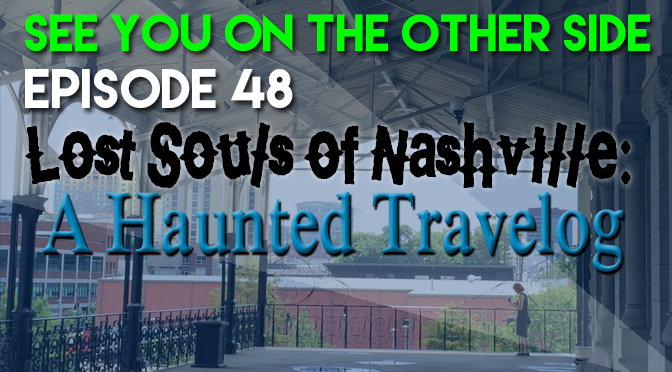 This week, Mike and Wendy catch up after an incredibly busy week. Whilst Mike was in the process of relocating from Minneapolis to Madison, Wendy took a spontaneous road trip to Nashville to spend some time with her sister.

Nashville is, of course, rich with music and history. While in the city, Wendy took the time to visit a few locations that have legends of ghosts.

This enormous resort, located on the former location of the Opryland USA Theme Park, is rumored to have the ghost of a woman dressed in black who wanders its many atriums and hallways.

Several different ghost stories surround this location, including the theory that the ghosts of a derailed train linger at their last living stop, as well as a recurring scene of a soldier bidding farewell  to his lover as he leaves for war, never to return.

“The soul of the city”, Ryman Auditorium has a long history of incredible musical acts. Many of these performers are rumored, after death, to continue visiting the theater they so adored.

Featured Song: Soul of the City by Sunspot