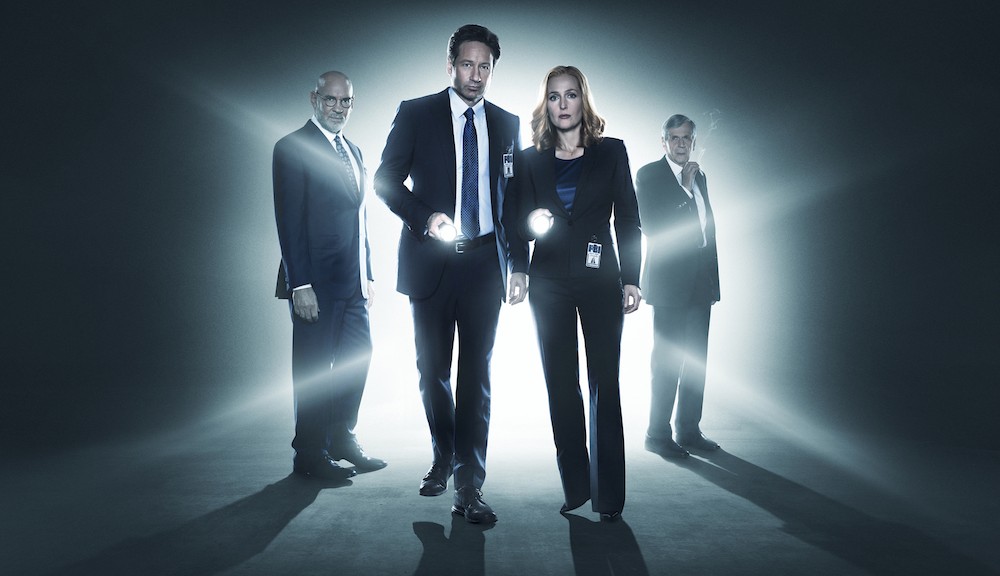 (WARNING: This blogpost contains spoilers for the first two episodes of Season 10, the majestic return of The X-Files, so watch  the new episodes, eh? They’re streaming for FREE on Fox.com right now)

So, how about it? They had me at the original opening credits. It’s been almost twenty-two years since we first heard Mark Snow’s spooky opening theme and saw “The Truth Is Out There”. Man, it really brought back all the memories. I was a MONSTER fan of the show (as if you didn’t already know.) In college, we used to all watch it in our dorm room common area and we wouldn’t go out on Friday nights until the show was over. It was the show that brought everyone together.

I even kept watching during the so-so Season 7 (the one that had an episode with Kathy Griffin and a pro wrestler), Season 8 (which was Duchovny-lite because he was working on his movie career)  and Season 9, which was on an upswing, but it had to end because September 11th kind of took the fun out of government conspiracies for most people.

With X-FIles: I Want To Believe (the second movie) flopping at the box office and then 2012 passing us by without new material (the alien invasion was supposed to take place that year), I thought that was the end for one of my favorite shows. But no!

So, it’s been months of anticipation. What are they going to concentrate on in these six episodes, who are going to be the new bad guys? How are they going to bring Cancer Man back to life after he was blown up in the desert in the final episode? We had a special podcast about some of our favorite episodes based on real-life cases (Episode 33 – The Truth Is Back) and wrote a song about the new series called “Don’t Mess This Up”.

So, did they mess it up? I know a lot of critics seemed underwhelmed by the first episode and while the dialogue was a bit clunky during Mulder and Scully’s argument on the porch (show don’t tell, Chris Carter!), but I like where they’re going with everything. The conspiracies fit perfectly into the second decade of the Twenty-First Century. Joel McHale’s character is basically an ultra-wealthy Alex Jones and it looks like they took the new conspiracy right off of InfoWars.com.

So, they speculate that the UFO crash at Roswell was real and that the government reverse engineered the alien spacefaring and stealth technology and has been carrying out secret experiments on women (including Scully) by impregnating them with fetuses laced with alien DNA and have been masquerading as aliens the whole time in order to throw investigators off the scent of the real perpetrators and they’re setting the planet up for a one-world government (a little John Birch Society anti-Communist conspiracy in there for ya!)

Does this mesh with the old mythology? A little, but not a lot. Considering the old conspiracies of the show got real messy after Season 5, I’m okay with it, and it fits with a more modern take. I’ve said this before, but prior to our interview with Robbie Graham in our “Silver Screen Saucers” episode, I had legitimately never thought that the government would want people to believe that they were colluding with aliens. I mean, why would they want their own people to think that they’re secretly hiding one of the biggest stories of all time, that we’re not alone in the universe?

Disinformation, baby. When you’re not fighting any actual physical battles like in the Cold War, then the rumors of your power are just as important as your power. It’s kind of like why new inmates will fight the baddest meanest guy they can when right when they get sent to prison. You create an aura around yourself of toughness, and nothing’s tougher than your enemy thinking that you have secret alien technology in your war machine. And in the show, the conspiracy is all about covering their tracks until they invade the United States.

The second episode (“Founder’s Mutation”) was just like going home again. It didn’t have to do any narrative lifting, the team was back together and it was just like the wonderful old days of Mulder and Scully hitting the pavement and looking for the paranormal. Now the conspiracy is using those alien DNA babies to make psychic-powered superheroes. I can’t be the only one that got a Quicksilver/Scarlet Witch vibe from Kyle and Molly shattering glass and throwing people across the room with their alien mind powers.

In the age of The “Patriot” Act, Edward Snowden, and the Carnivore e-mail spy program, we’ve got brand new reasons to be paranoid and question Authority. Thank God we’ve got Special Agents Fox Mulder and Dana Scully back to investigate. 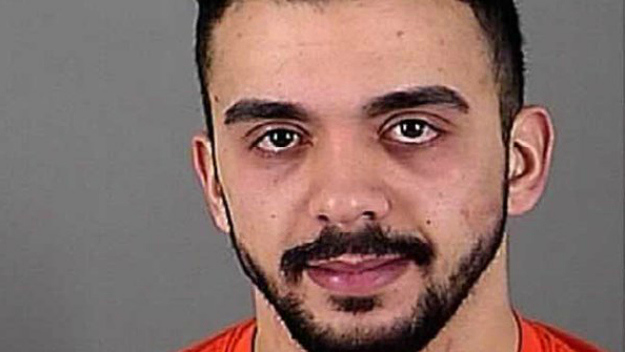