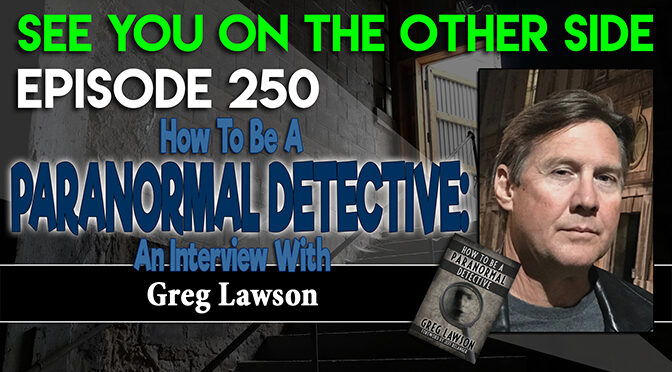 After serving in the US Army, Navy, and Air Force (I guess the Marines weren’t recruting that day!) Greg Lawson became a Sheriff’s Deputy and Mental Health Officer near Austin, Texas and has now been in law enforcement for almost three decades. In that time, he’s also pursued his interest in paranormal research, dabbled in acting, music, and has written several books, fiction and non-fiction on supernatural topics.

His new book is called How To Be A Paranormal Detective and it’s a how-to book hoping to help would be Mulders and Scullys in using the same skills he learned in trying to find the truth behind crimes to try and get the best evidence possible of paranormal activity.

In this interview we cover:

The story from the interview that most affected me was the one Greg tells from his Pizza Hut Assistant Manager days about his employee that had a seizure right after saying “They’re here…” (you’ll love that one!) It’s fascinating and terrifying and we used that energy as inspiration for this episode’s song, “The Captured Soul”.

Immobilized
Paralyzed
Delusional and hypnotized
There’s no one you can beg, none to appeal