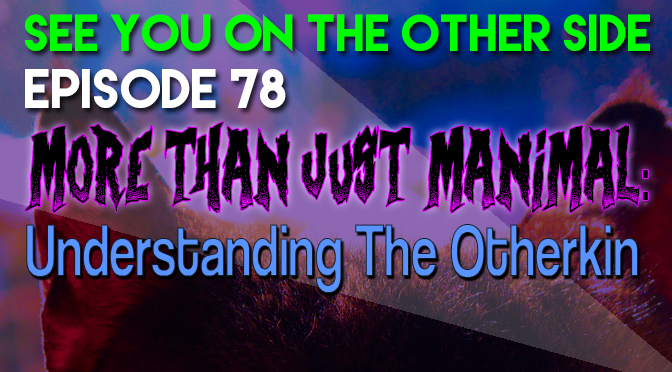 There’s been plenty of times when I wished I wasn’t human. When I embarrassed myself or got in too much trouble, the fact that there’s no rules in the animal kingdom seemed to make a lot of sense. A bear never feels bad after killing and eating another animal while I feel bad if I eat something that has some gelatin (cow and pig toenails) in it.

Or even better, wishing that I was a fictional character instead of a human. I wanted to be Doctor Who for the longest time, after all you can regenerate your body when your sick or dying and you can travel through time, man, I used to think that would be the best.

But even though I wished for those things, I always felt entirely human deep down. The Otherkin do not. They feel so connected to animals (Therians) or elves or dragons (fictives) that they don’t feel one-hundred percent human. The name says it all, they believe they belong with a different group, not just of people, but species.

It’s an interesting phenomena that might have biological roots and that’s what we talk about in this episode and we also connect it to the legends of werewolves, skin walkers, and their portrayals in pop culture from Manimal to The 13th Warrior.

While in the recent past, the Otherkin might have felt more alienated, the Internet has once again brought people together. And please don’t confuse Otherkin with Furries, who just like celebrating anthropomorphized characters and dressing up as them, the Otherkin have the feeling that it’s not just dress up, but they’re actually a part of that group, even if it’s fictitious.

It’s all part of the very human quest for belonging.

Referenced in this episode:

This week’s song is a brand new Sunspot track called, “Another Skin”